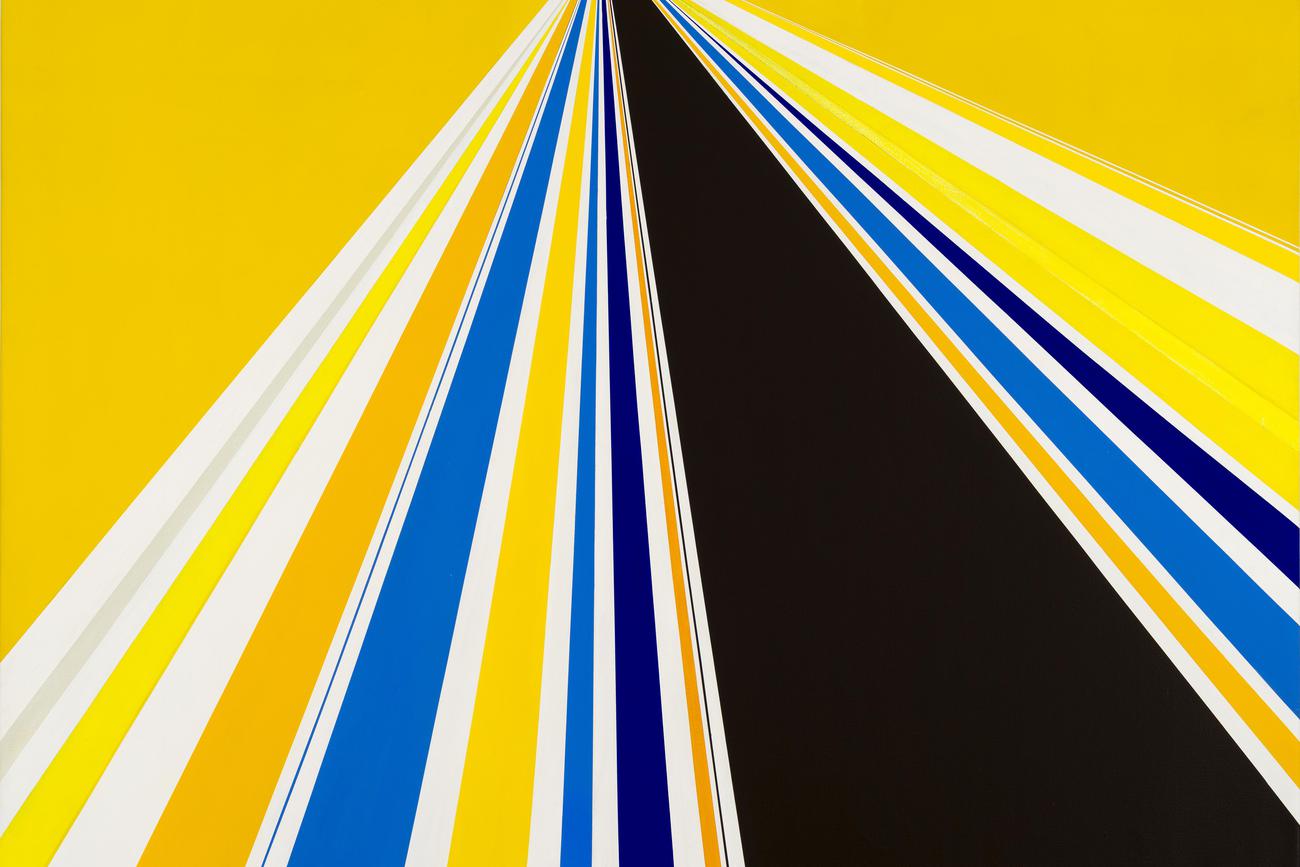 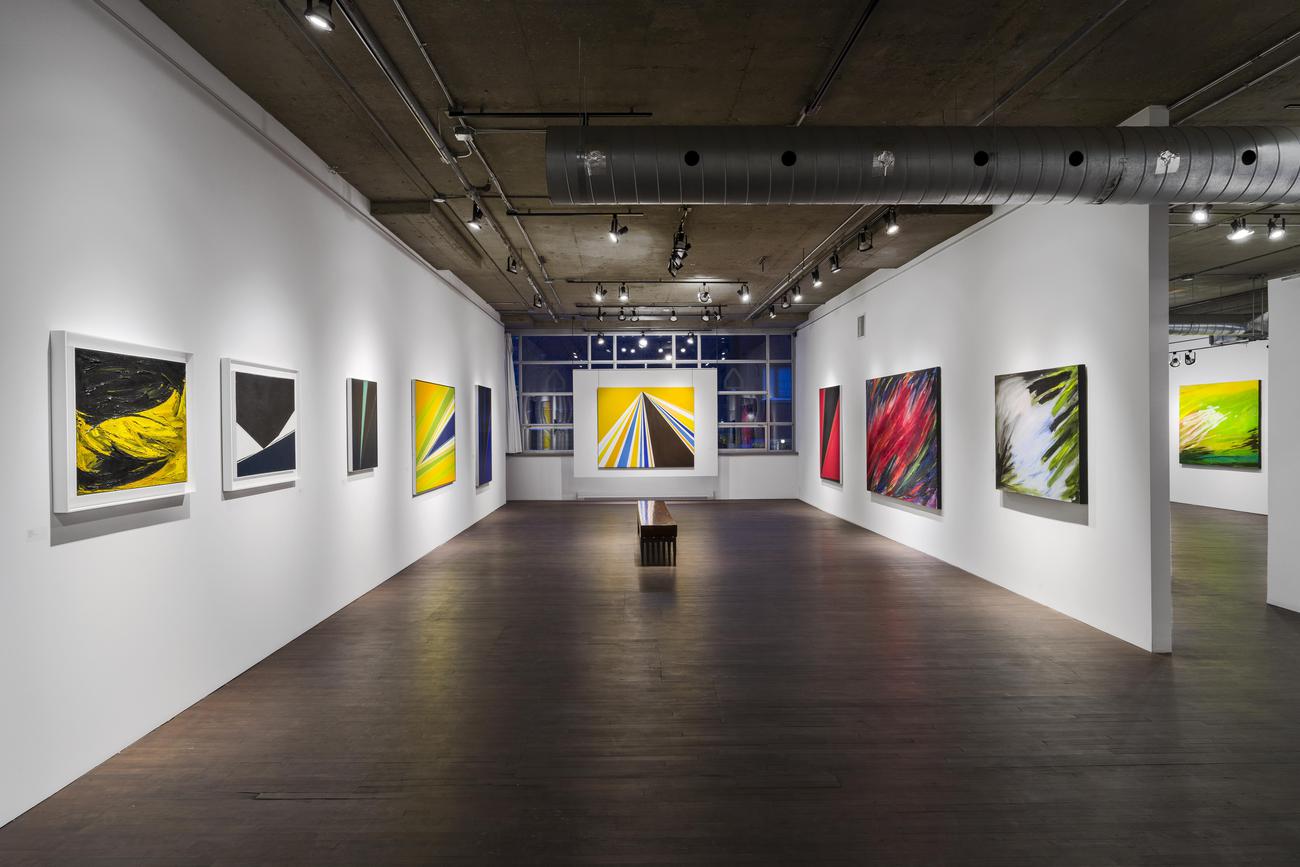 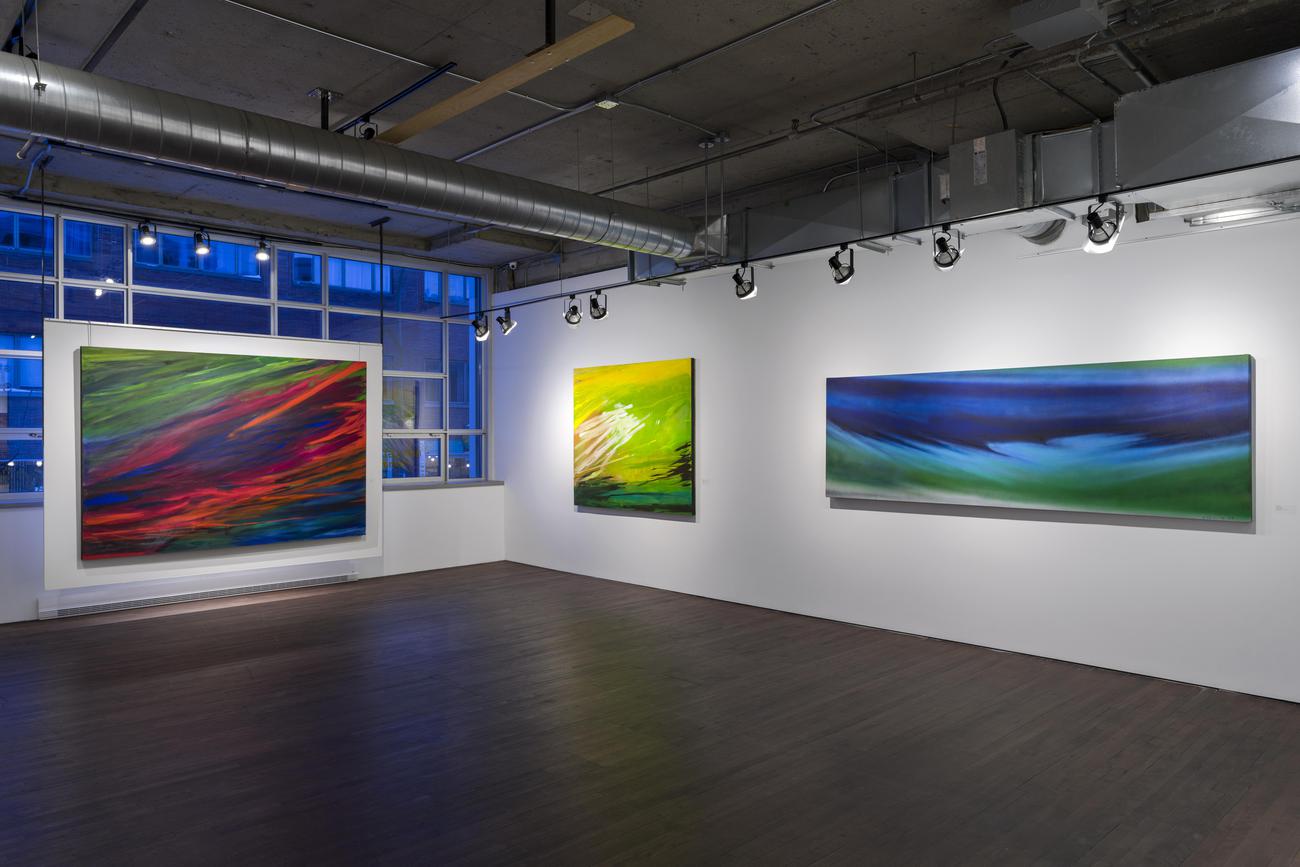 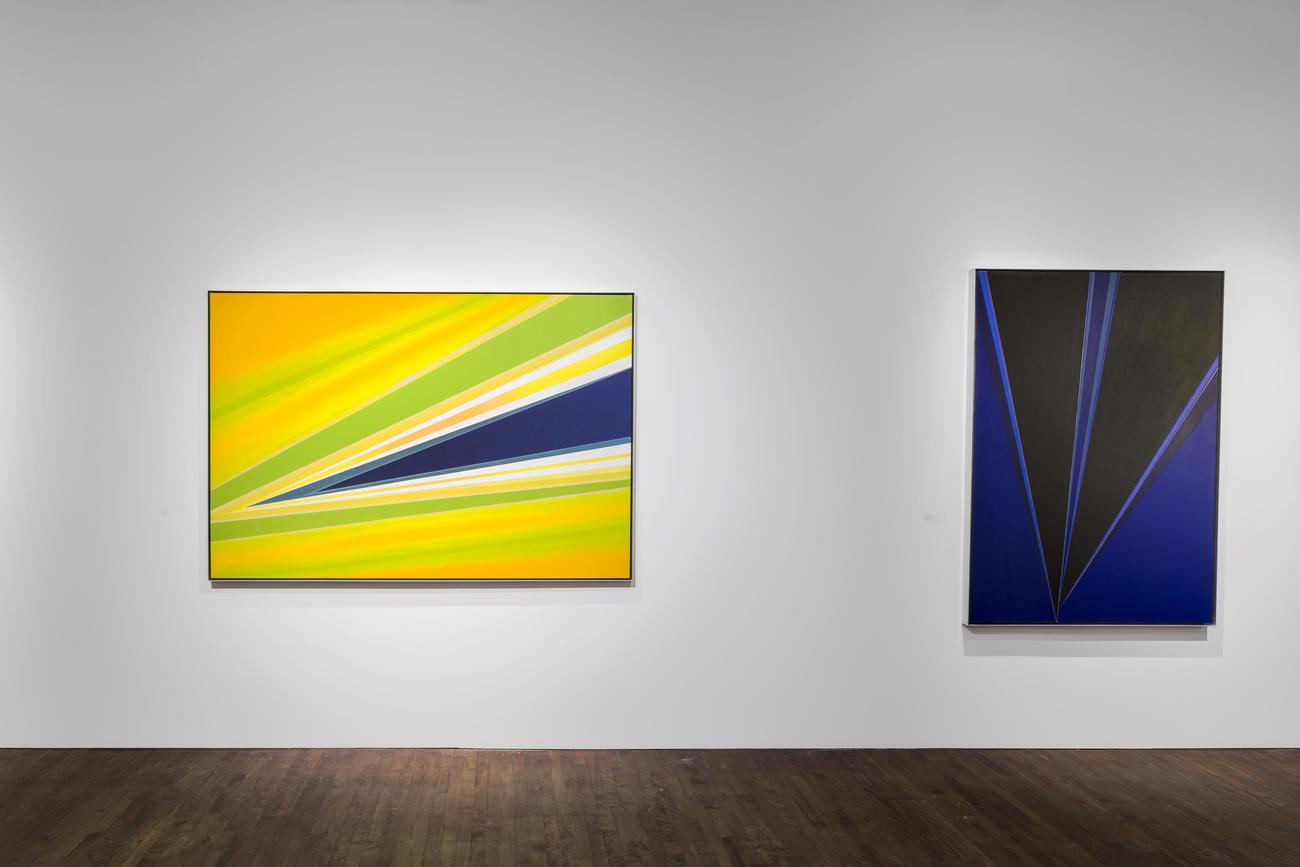 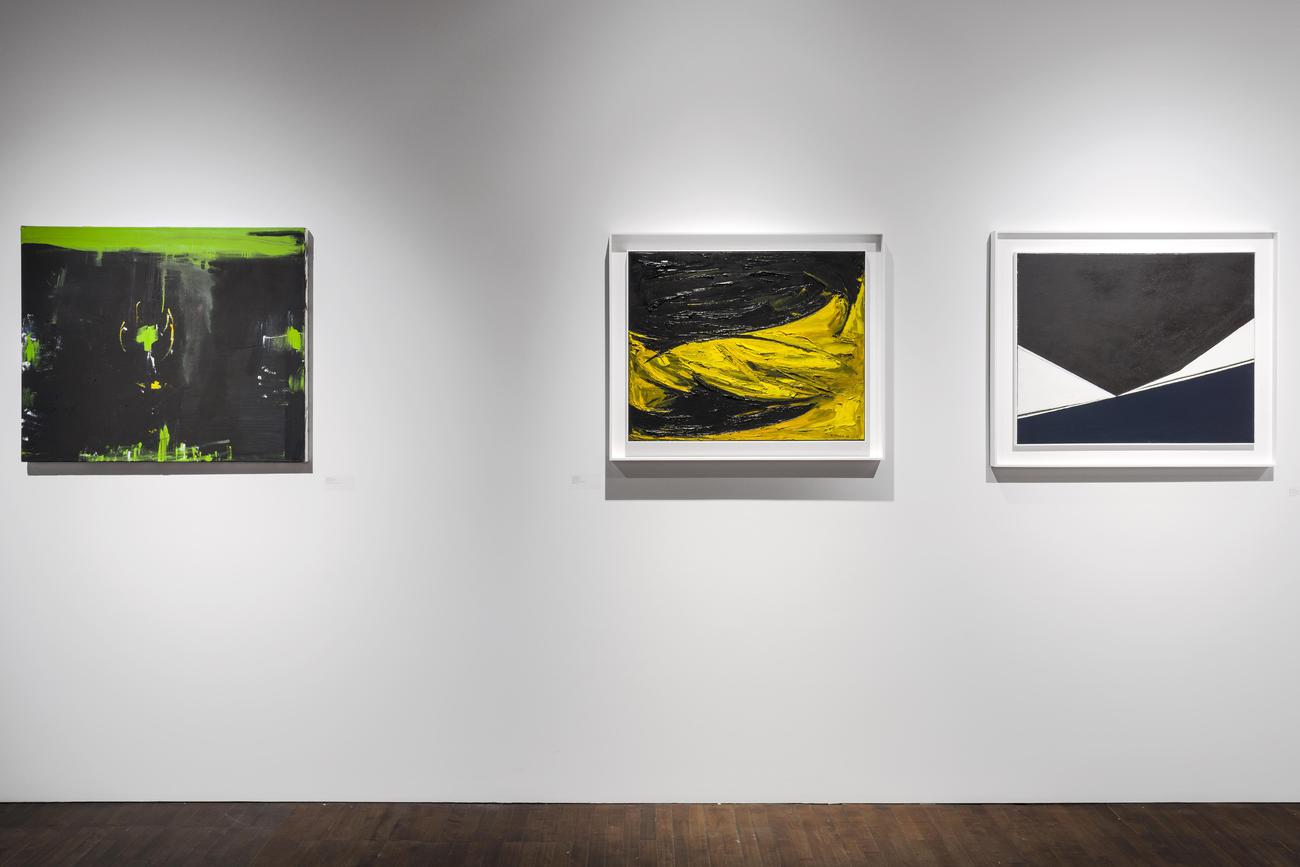 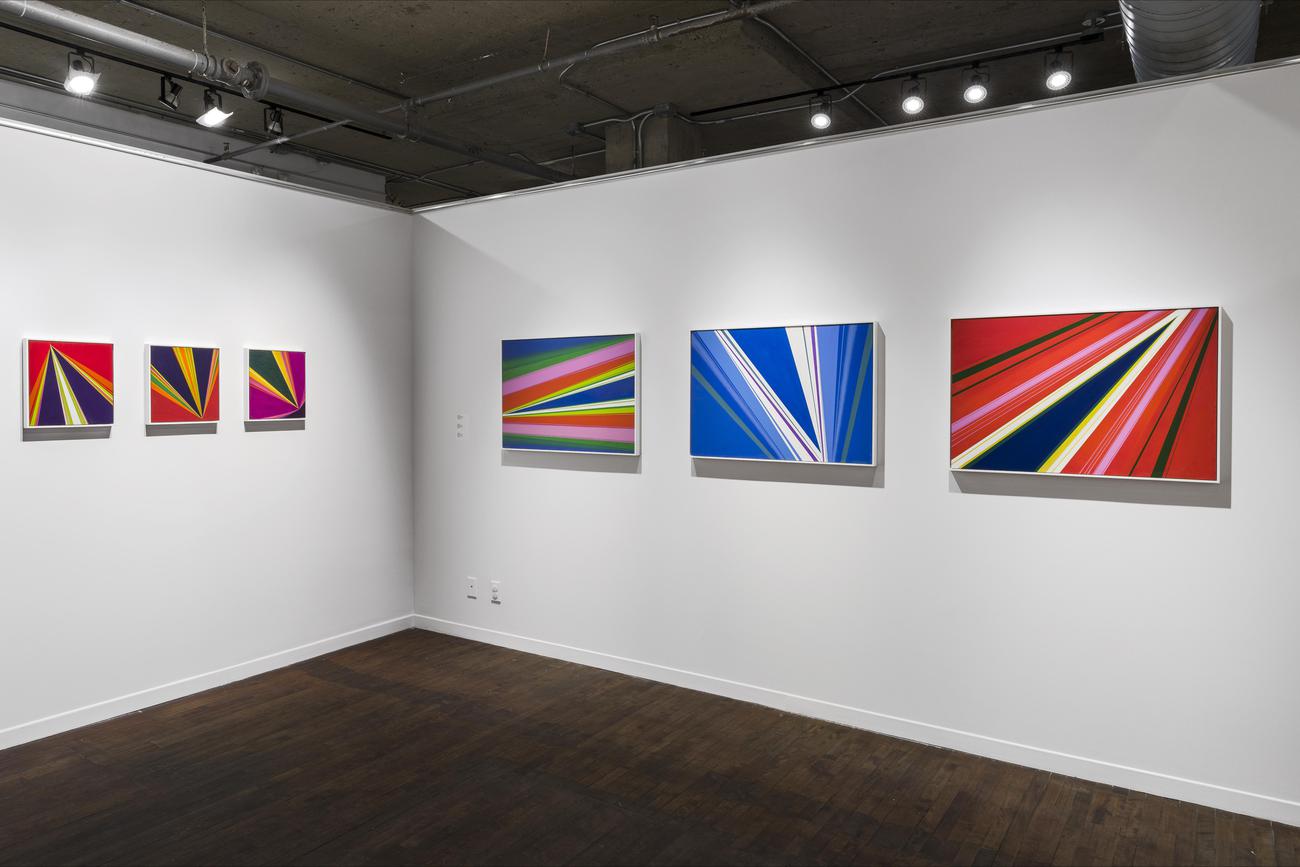 This exhibition is an opportunity to pay a last tribute to this remarkable artist who recently passed away.

Rita Letendre, who died in November 2021, was a true friend of the gallery, which has represented her since 1996. This overview of the artist’s career will provide a look at 50 years of rich and diverse art making.

The body of work to be presented first includes large canvases that will be on view in galleries 1 and 2. Here will be featured her gestural paintings from the 1960s, her Montréal period, and those of her beginnings as a Plasticien artist in 1966, an impulse that continued throughout the 1970s. Also to be seen are the famous “arrows” that made her North American reputation, diagonal swaths of the spectral colours so typical of Rita Letendre’s work precisely delineated in a hard-edge manner or blending into one another through spray painting.

Her return to using oils applied with a brush in the late 1980s, which continued up until her very last works in 2010–2012, will be illustrated through a group of canvases selected for their compositional qualities—a reminder of the attraction that going back to gestural painting held for the public as well as the museum world during the artist’s final period of production.

It should be noted that the exhibition will provide an opportunity to see models on wood that have never been on public display. The artist painted a series of small models in her New York apartment in preparation for the works that would be shown in her first exhibition on American soil a year later, in 1973, at California’s Palm Springs Desert Museum. Veritable jewels for their meticulous execution and visual effect on viewers, this group of works reconfirms Rita Letendre’s ranking as a major Canadian Post-Plasticien artist. The models will be on view in Gallery 3.

Wrapping up the exhibition will be a series of works on paper the artist executed in the 1960s. At that time Rita Letendre had a preference for working in casein, a type of gouache, mainly limiting herself to the use of black, which she would occasionally combine with a few bright colours. Such a minimalist approach enabled her to display a rich graphic vocabulary in a deftly spontaneous manner.

1. Murray White, “Rita Letendre: Against the Dying of the Light,”Toronto Star, July 8, 2017. https://www.thestar.com/entertainment/visualarts/2017/07/08/rita-letendre-against-the-dying-of-the-light.html

Fire storms in my mind

After the Night Come the Day

A Summer Day at the Sea 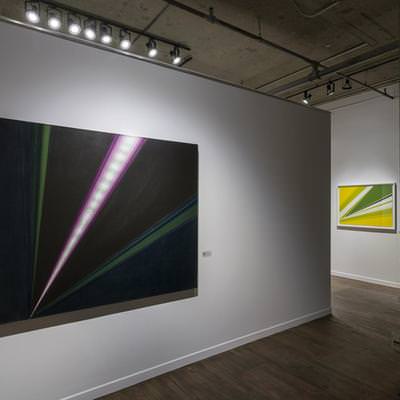 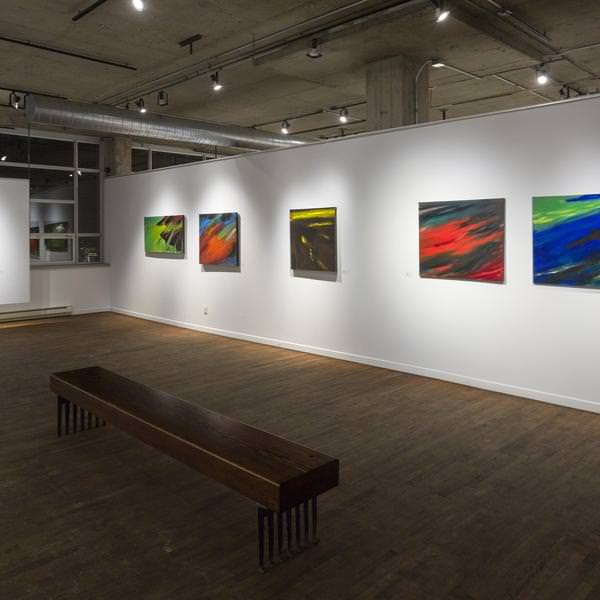 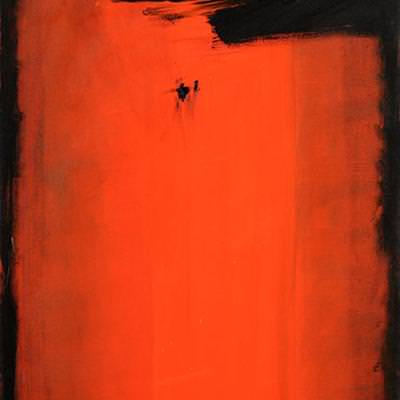 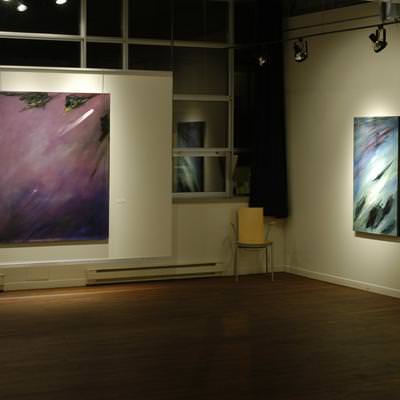 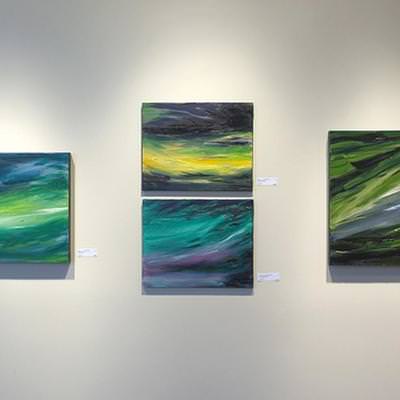