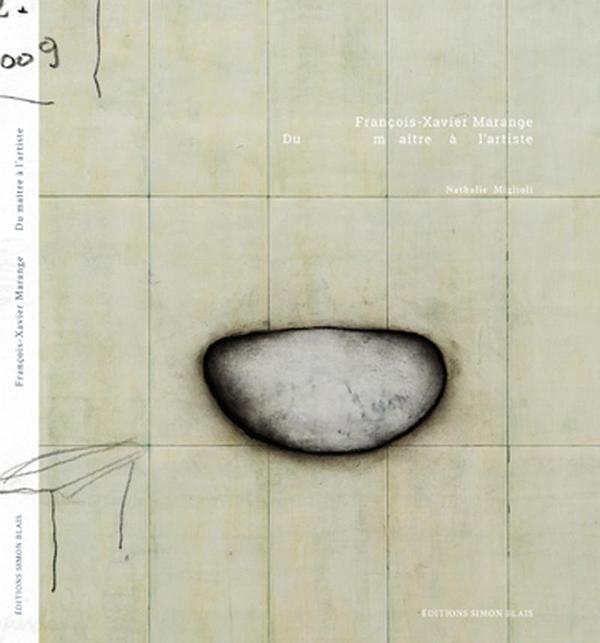 Born in Dreux in 1948, François-Xavier Marange arrived in Paris at the end of the 1950s. He was a boarding student at the École Normale des Instituteurs. Dyslexic and distracted, Marange hated school as much as the school was fed up with him. To get away from it, he knocked on the door of one of the largest printmaking studios in Paris:  the Atelier Georges Leblanc. With his mentor Paul Decottignies (1936-2000), he began learning intaglio and printing, a five-century-old tradition.

Marange became a master printer specializing in intaglio and worked from 1973 to 1982 at the Lacourière-Frélaut and Maeght studios, where he continued to print the most renowned artists of his time: Antonio Tàpies, Joan Miró, and Zao Wou-Ki among others. It was at Lacourière-Frélaut that Marange made friends with Quebec artist Louis-Pierre Bougie, who invited him to take up residence in Quebec. At the end of the summer of 1982, Bougie took him to the large Dowd Street studio, in Montreal, where artists had congregated around an old press. A desire was felt to form a collective that would work in a cooperative spirit. Atelier Circulaire was founded on 21 December 1982.

Although he spent a great deal of his time working at his craft, Marange had always painted. In the late 1980s, Marange managed to maintain simultaneously the two practices that made up his artistic life: as a master craftsman who transmitted his knowledge in the studio and a painter, whose art required solitude.