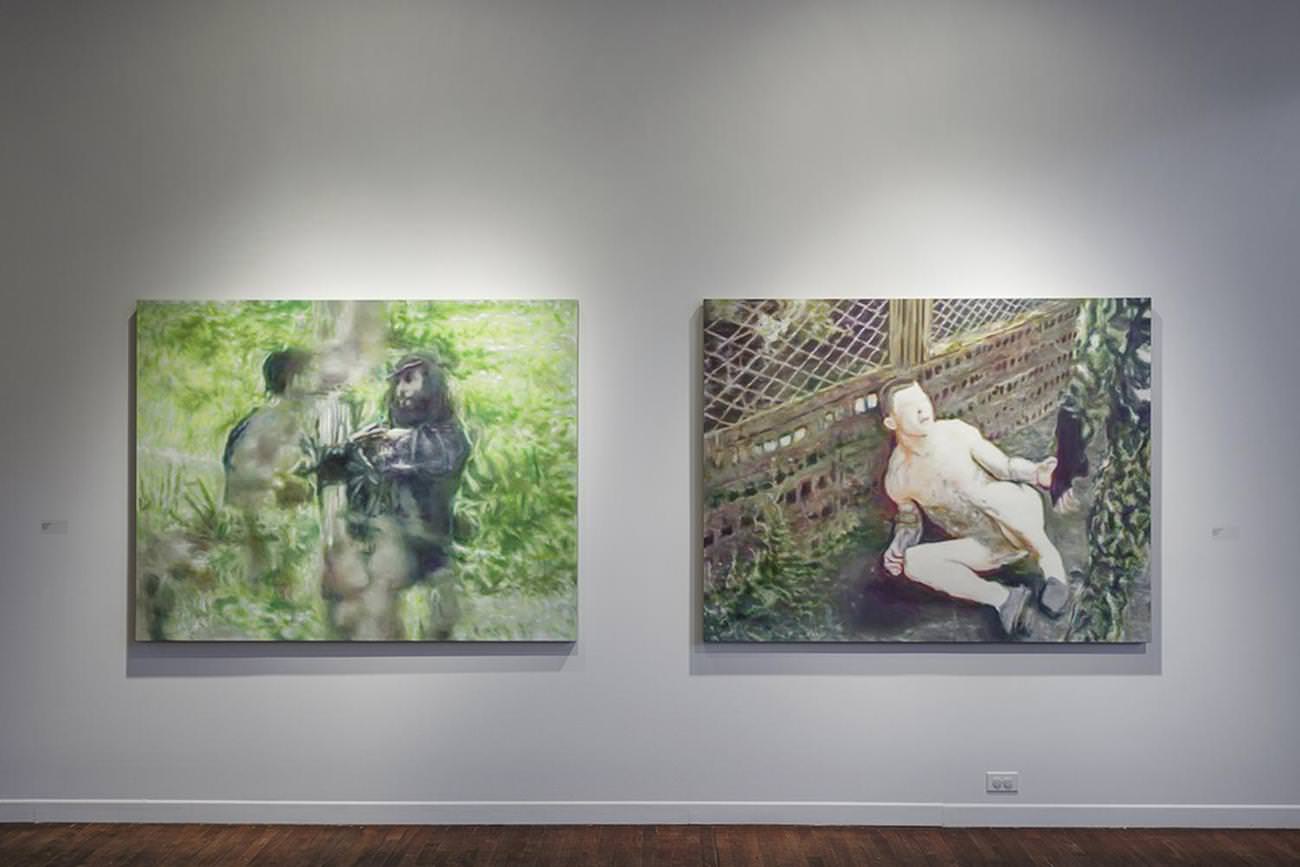 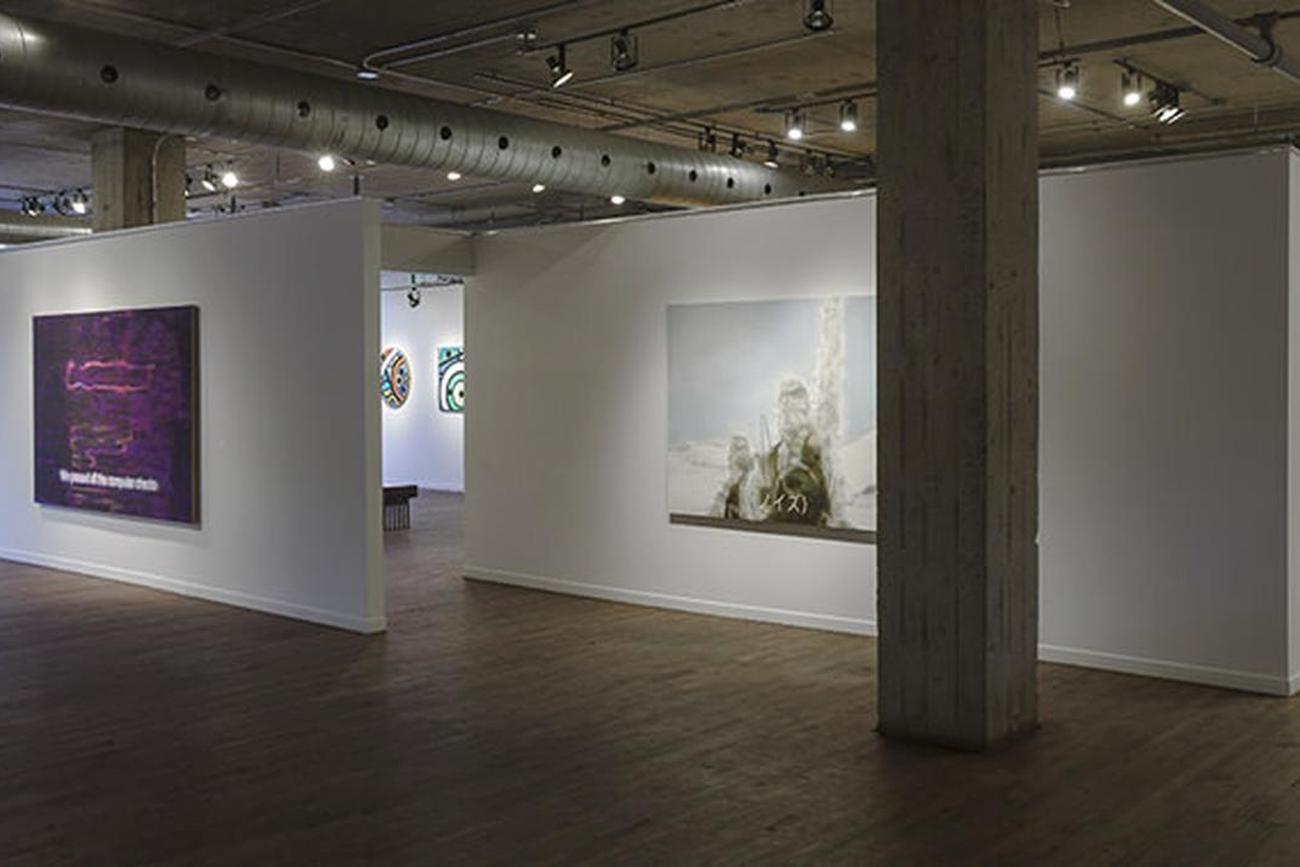 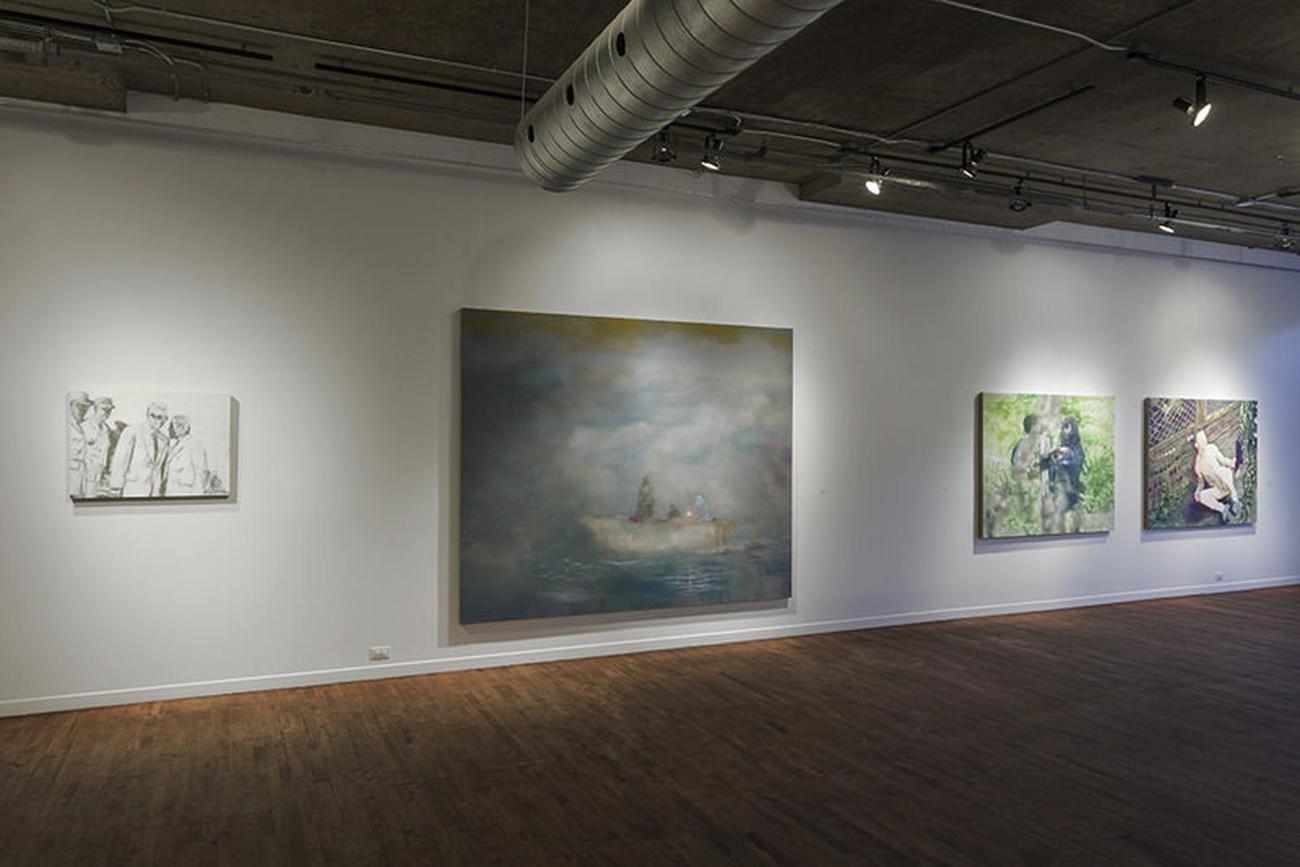 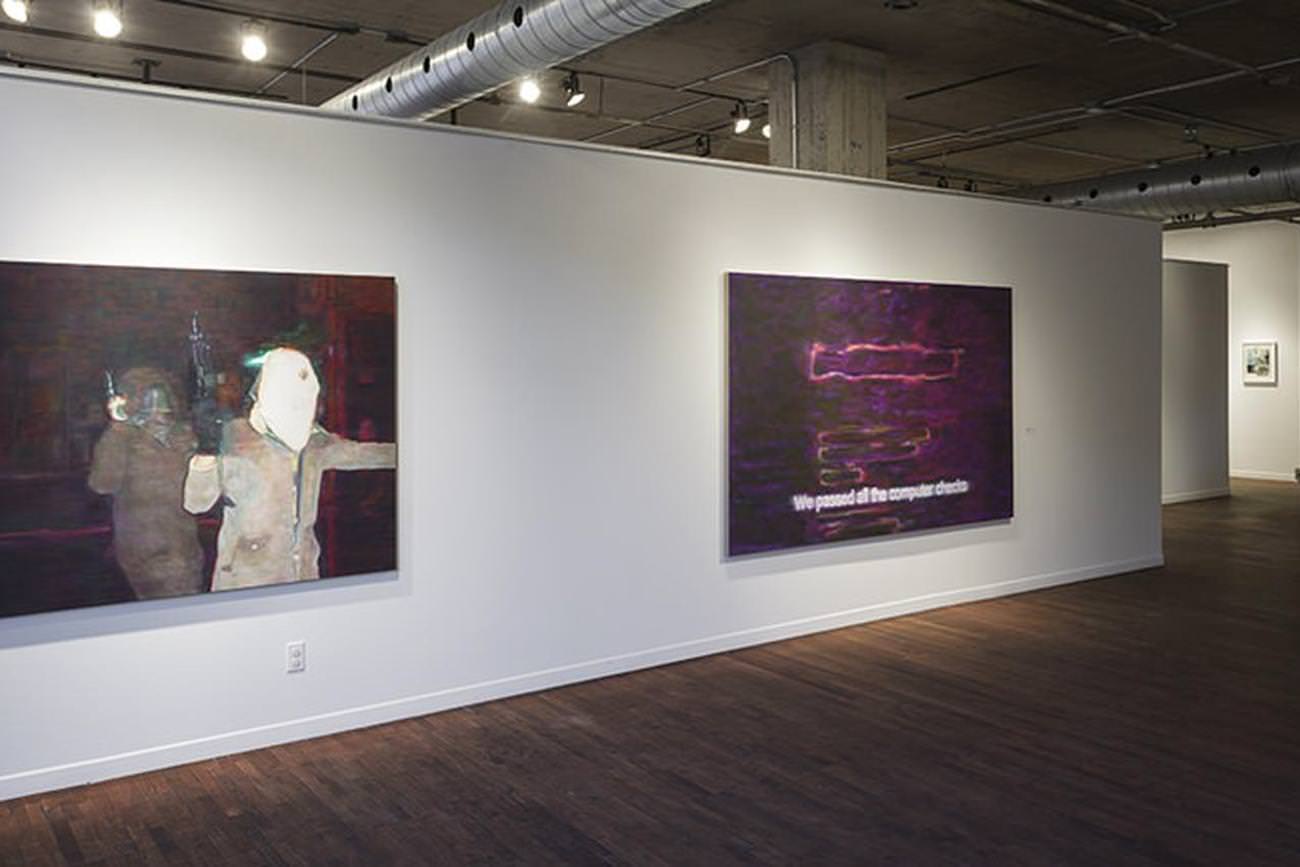 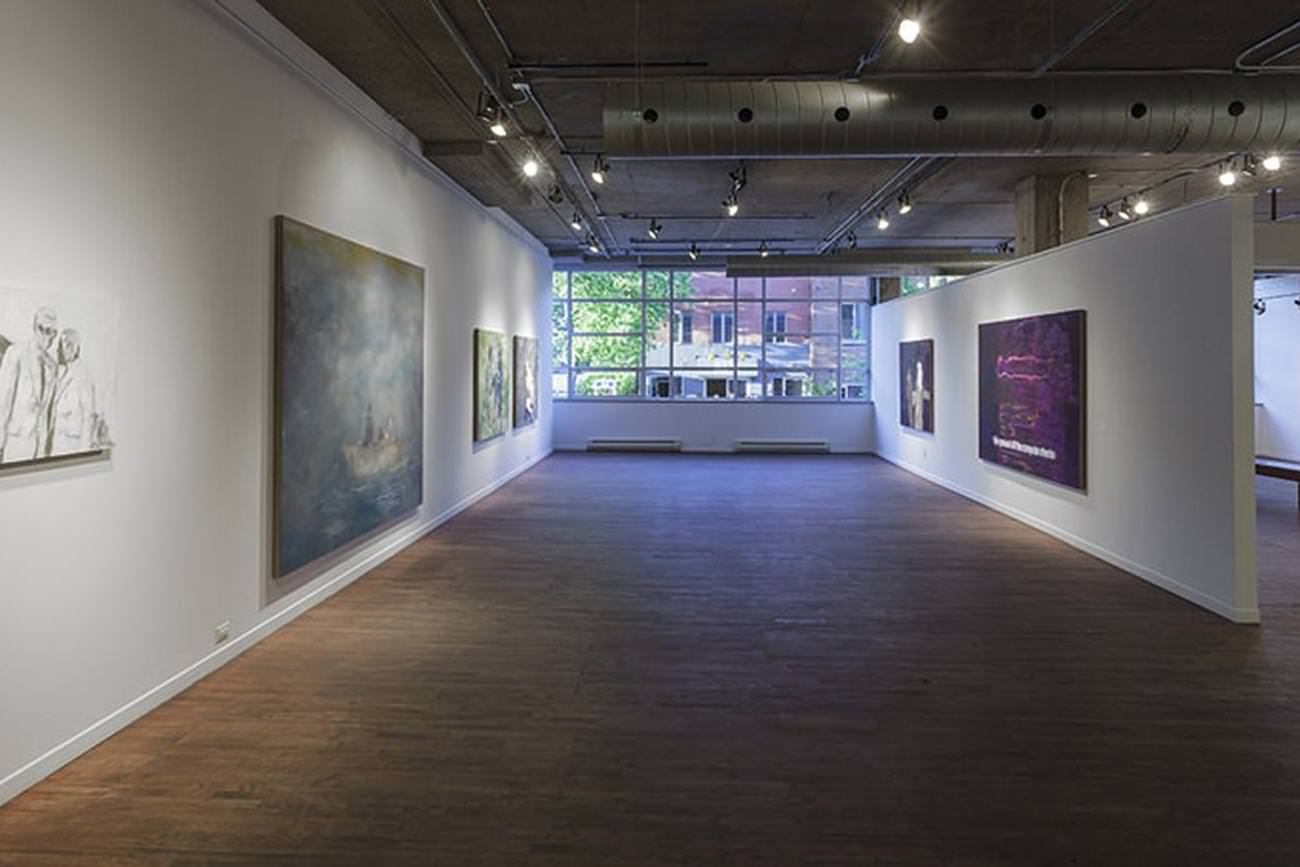 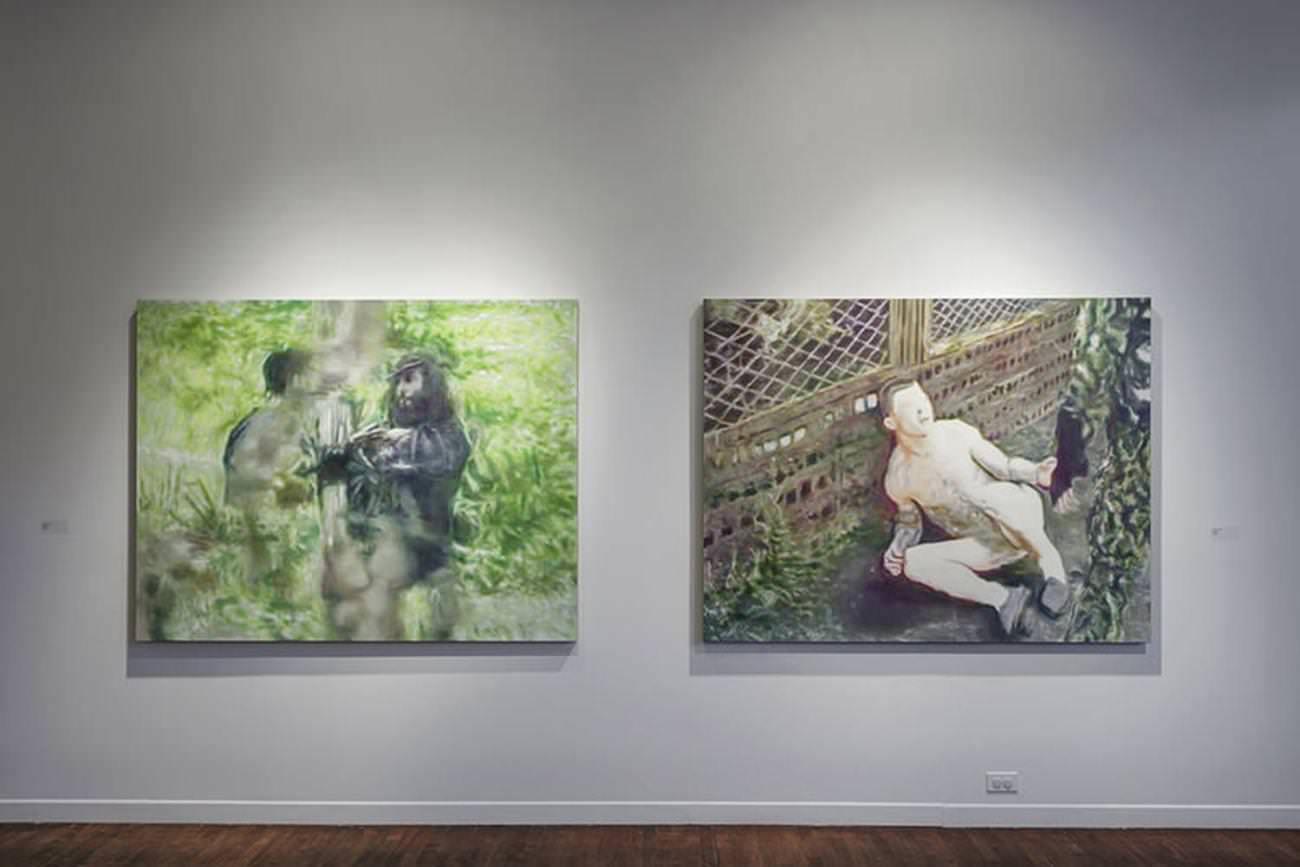 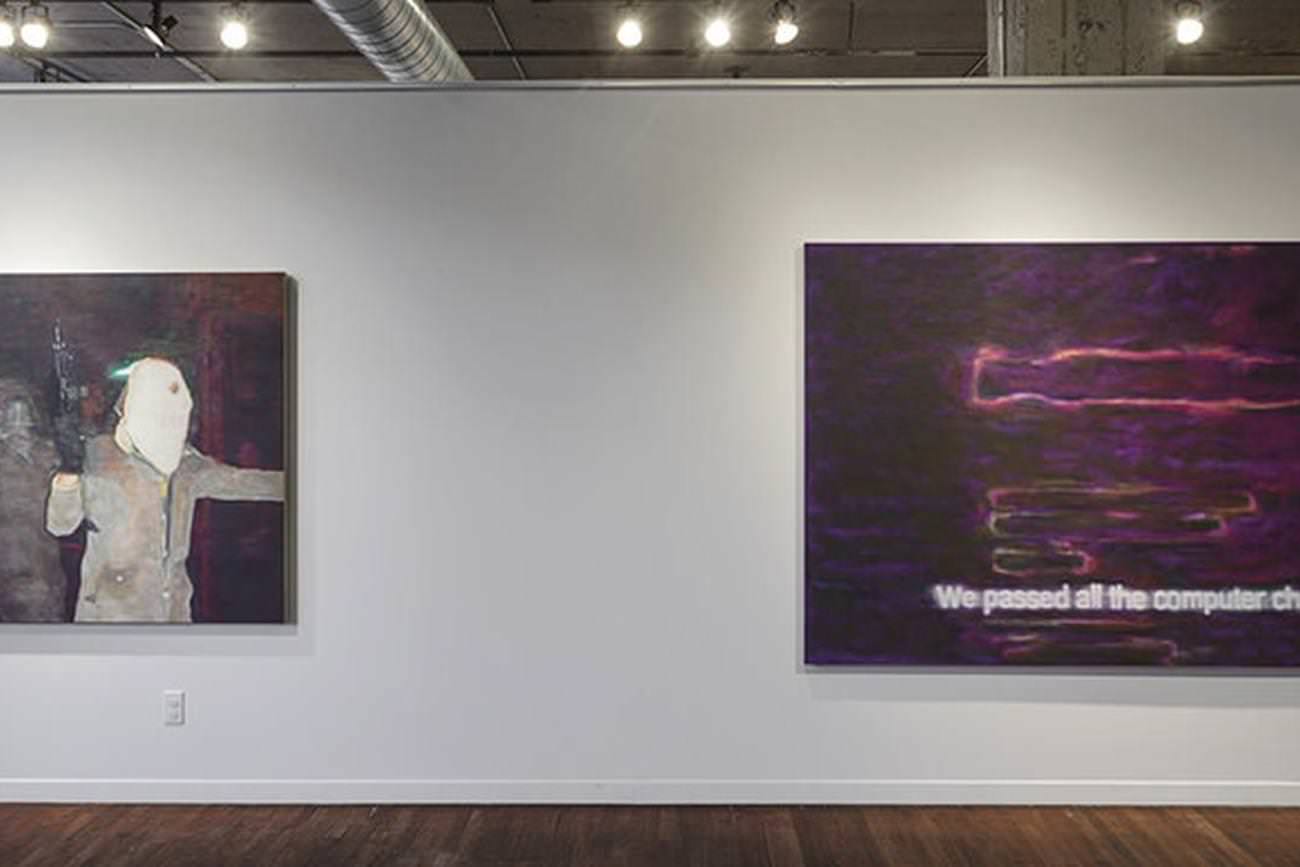 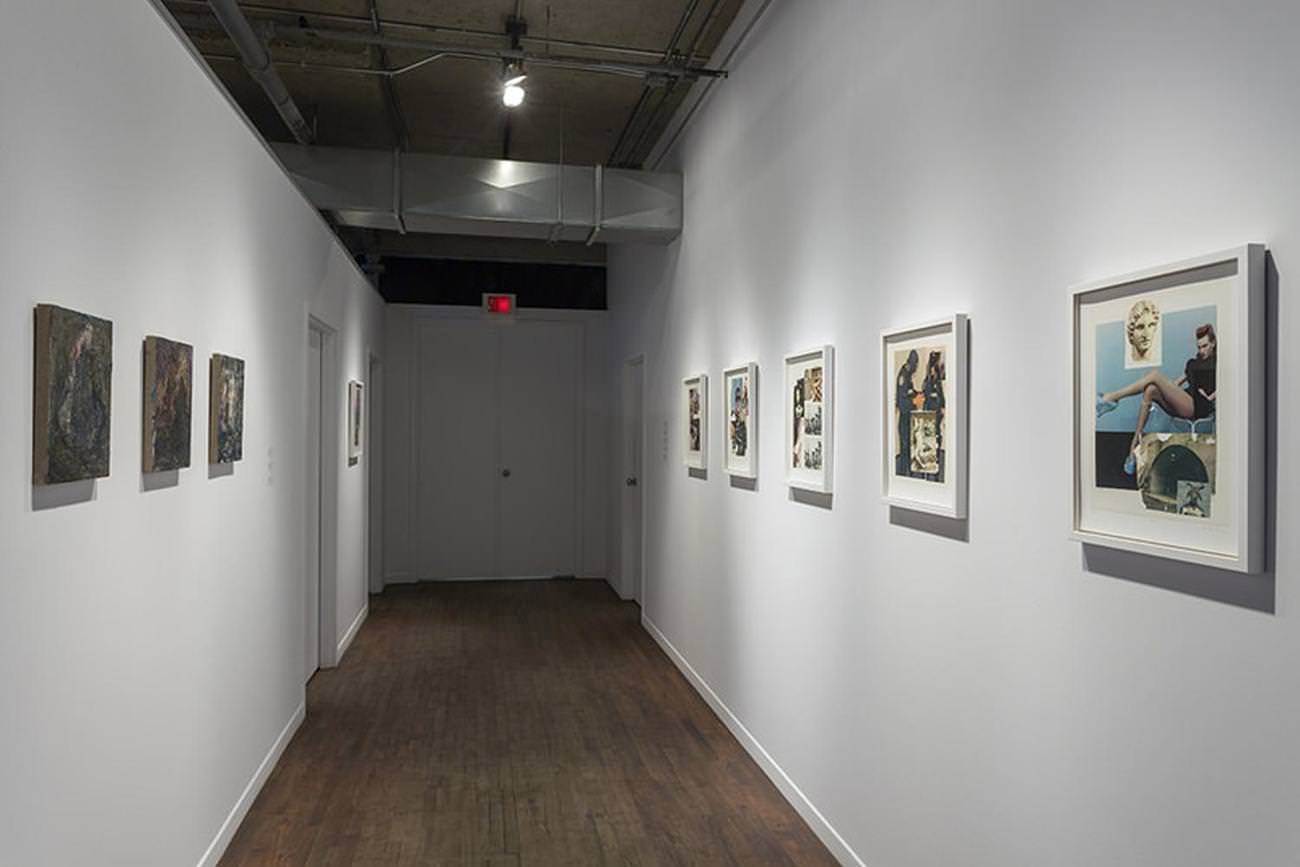 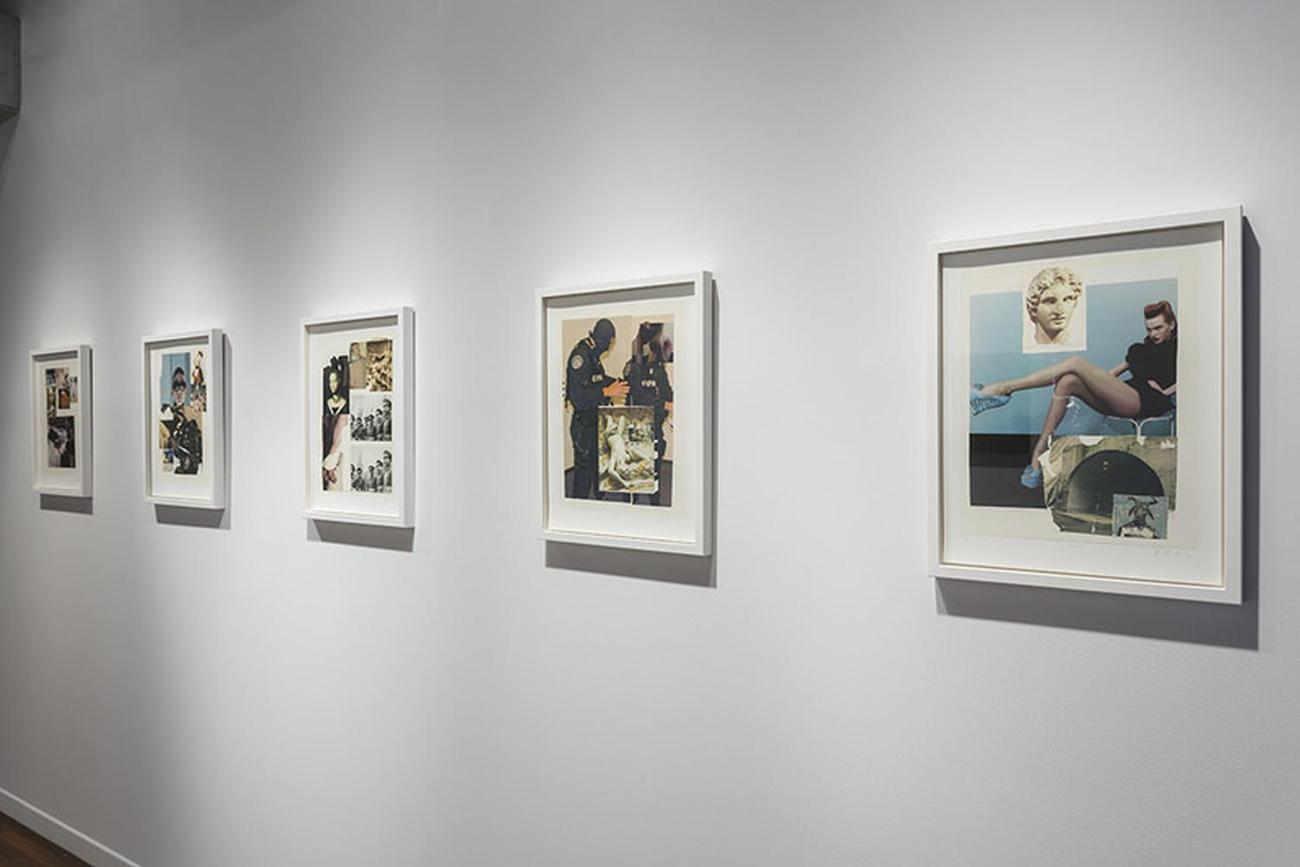 Comprising ten recent paintings by Louis-Philippe Côté, the exhibition Vidéo-Spectre is being held as part of this summer’s Extreme Painting event, organized by AGAC, the Contemporary Art Galleries Association. Twenty Montréal galleries will be participating in the event, now in its second edition. All the paintings by Louis-Philippe Côté that will be on view at Galerie Simon Blais make up the initial segment of a new series by the artist. Unlike his previous series, Schizo-Système (2008–2012), in which photomontage was used for preparatory studies, the Vidéo-Spectre series appropriates video’s field of view to depict what the artist describes as “the society of surveillance and the degeneration of the system.” Starting with images from camcorders, cellphones, drones and surveillance cameras, the artist puts “video technique” to use to produce a fluid, flickering pictorial surface. Côté alters, tampers with, transforms and conceals the content of such images in order to cast us into a world in which fiction exists side by side with violent—what he characterizes as metamedia—fact. 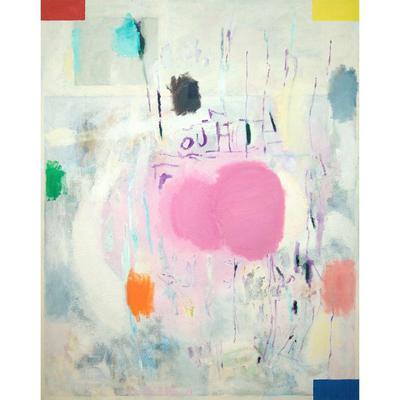 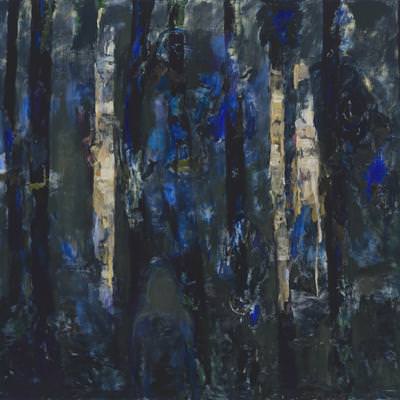 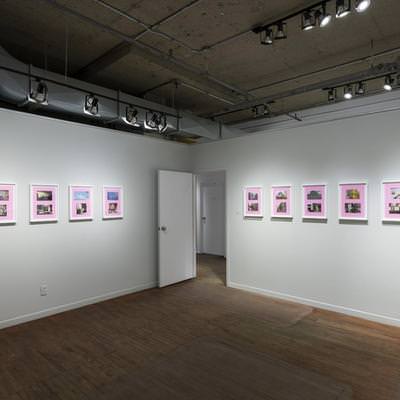 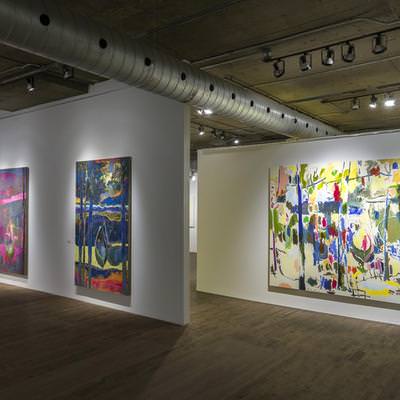 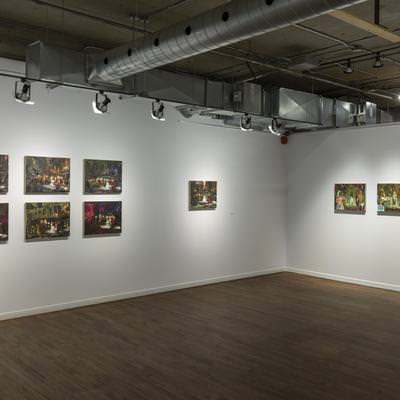