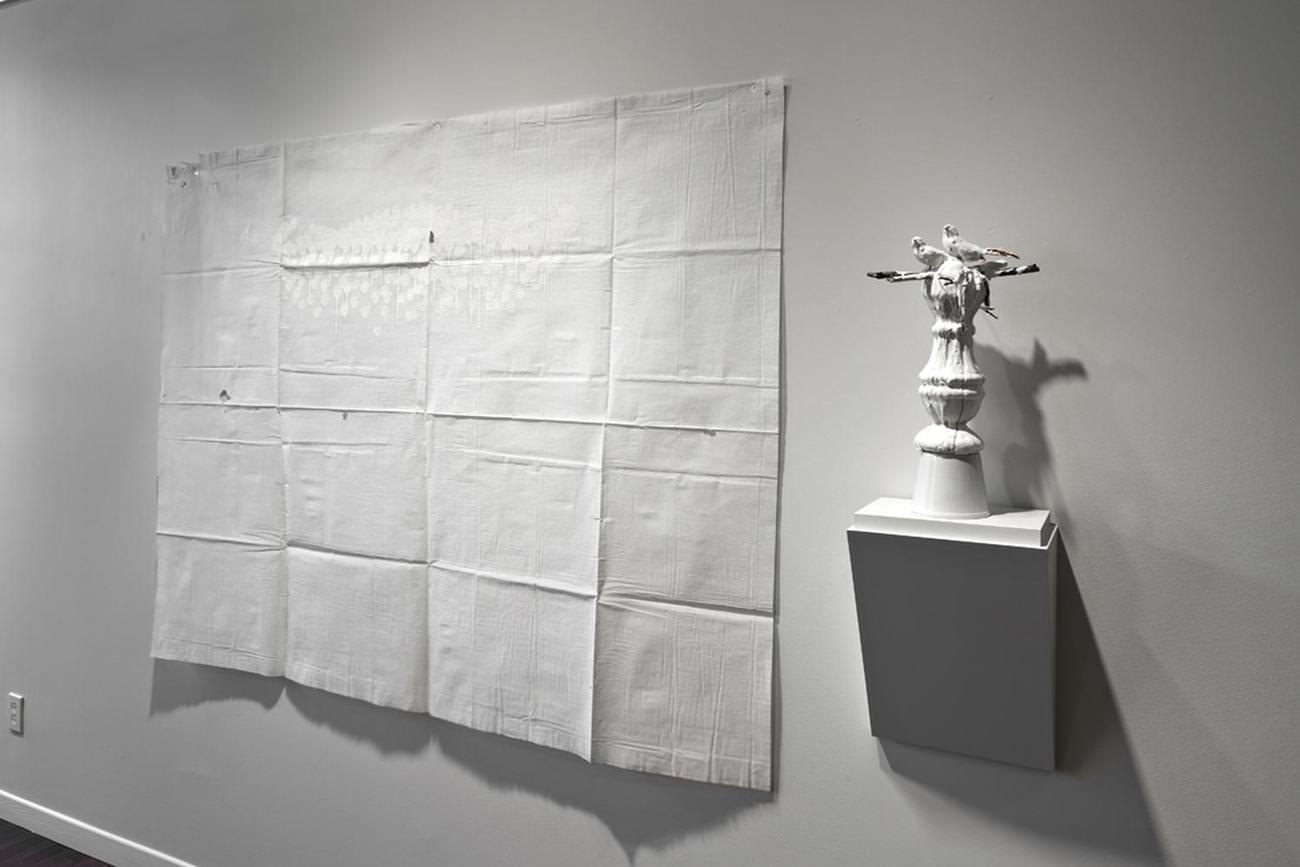 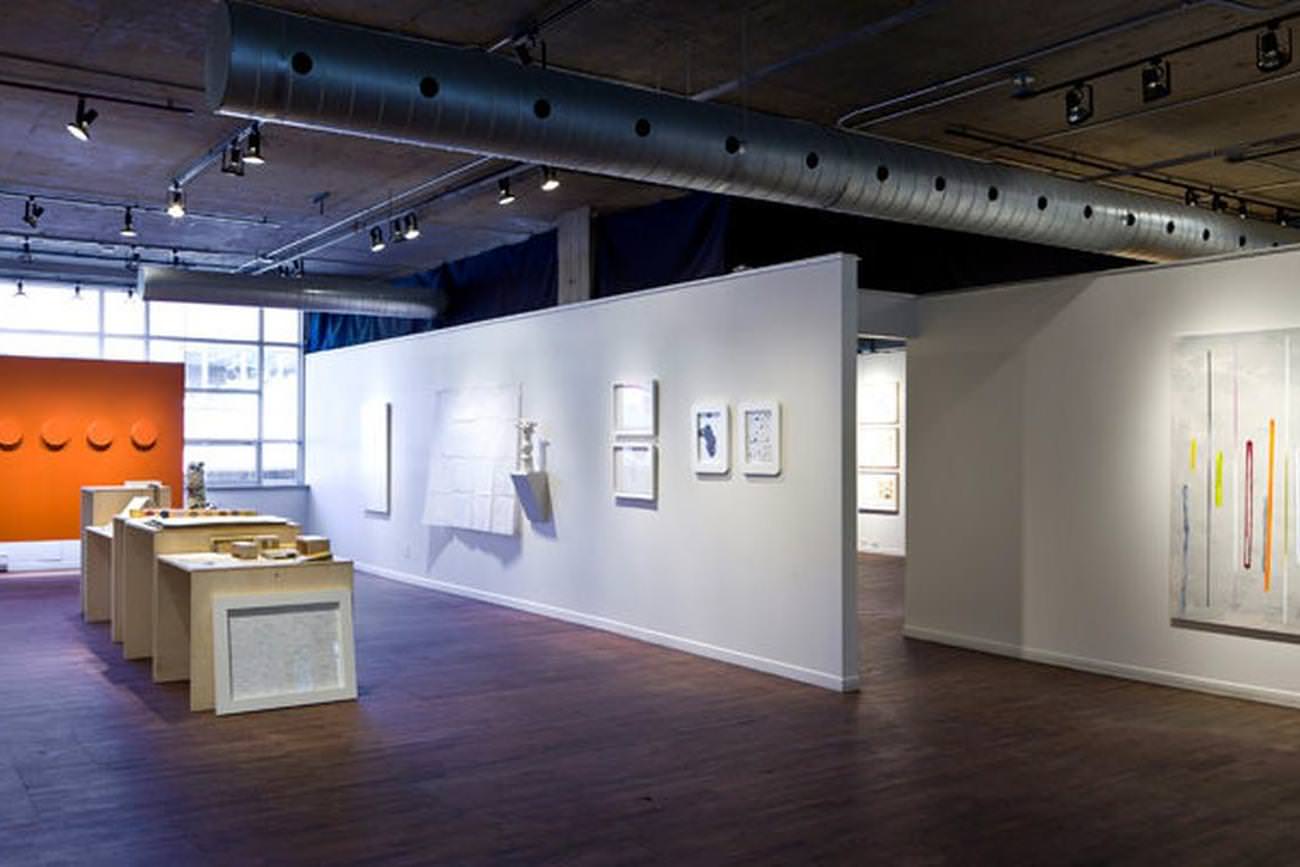 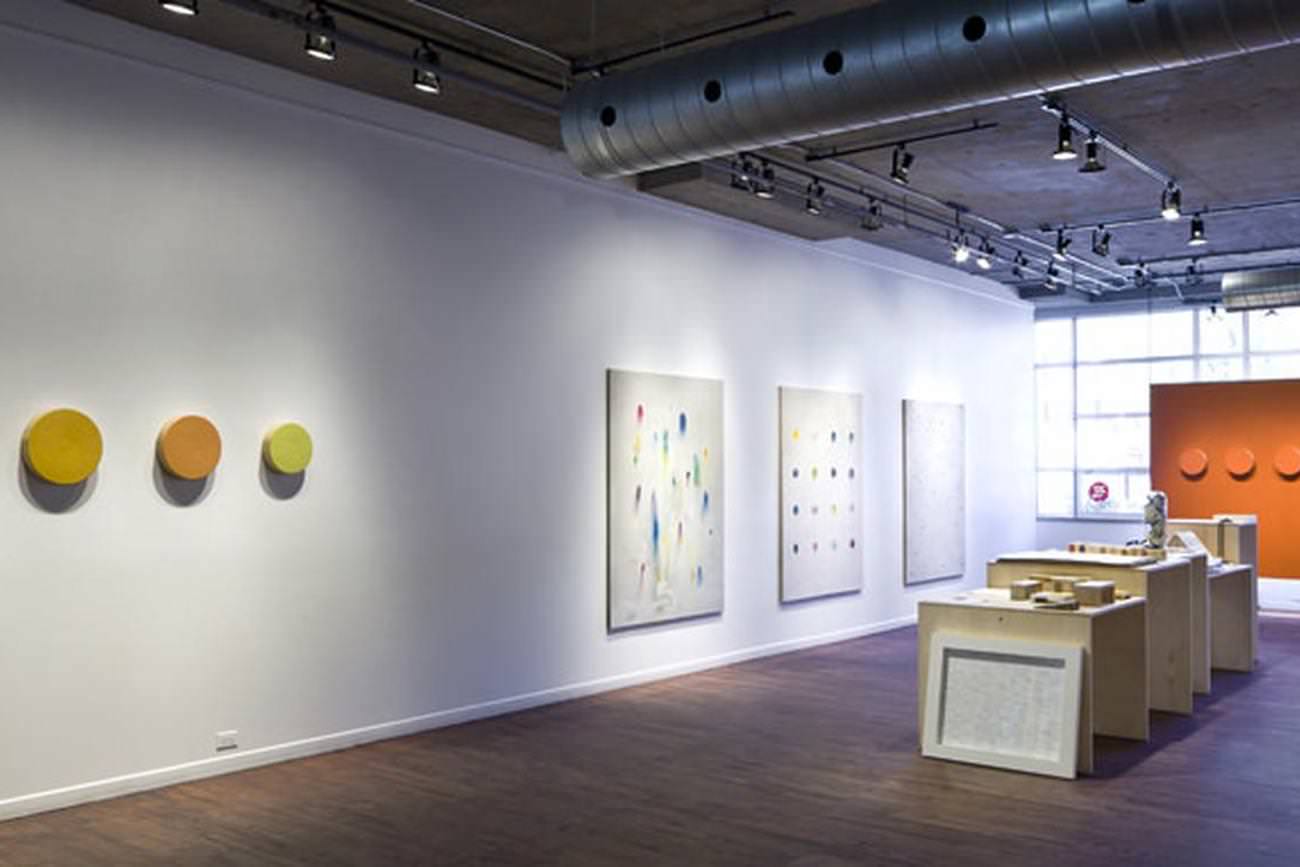 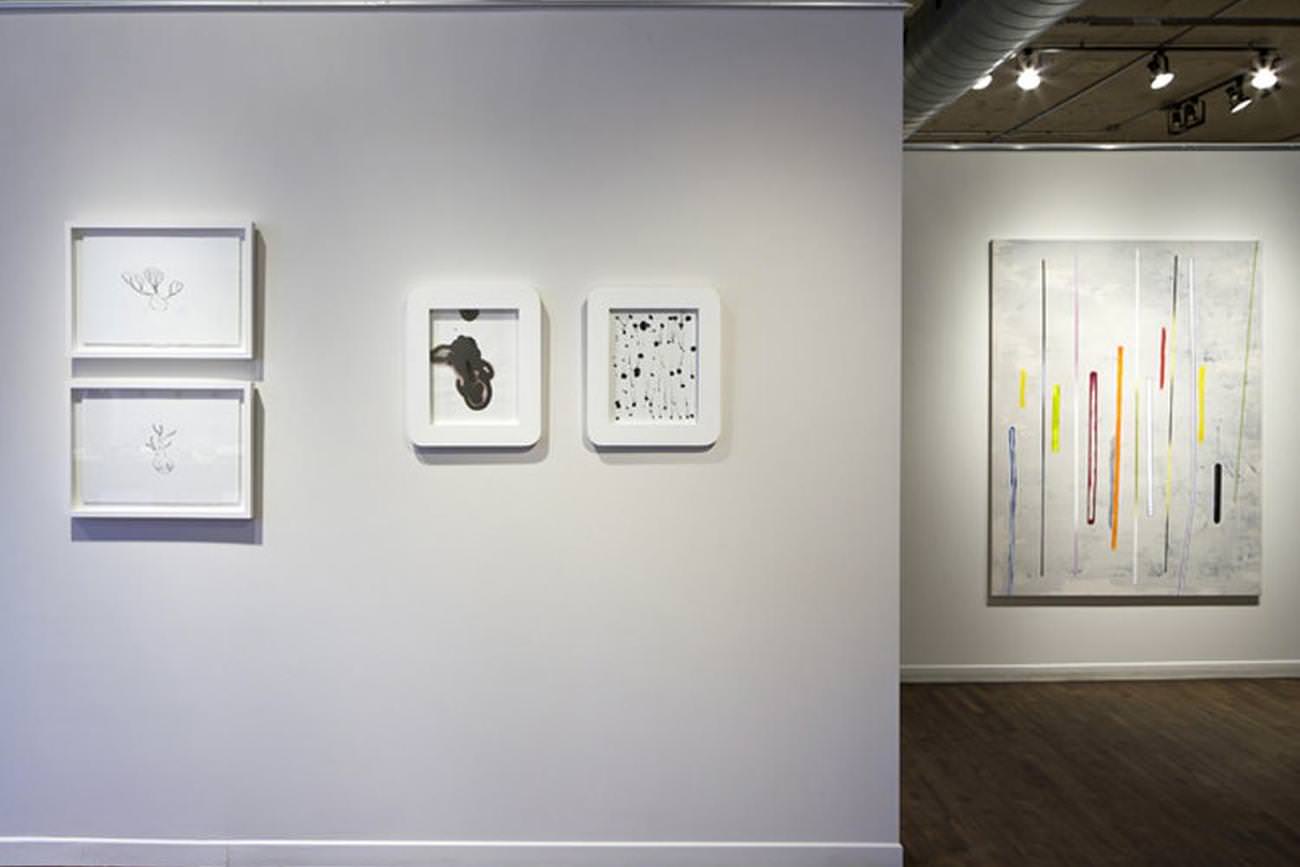 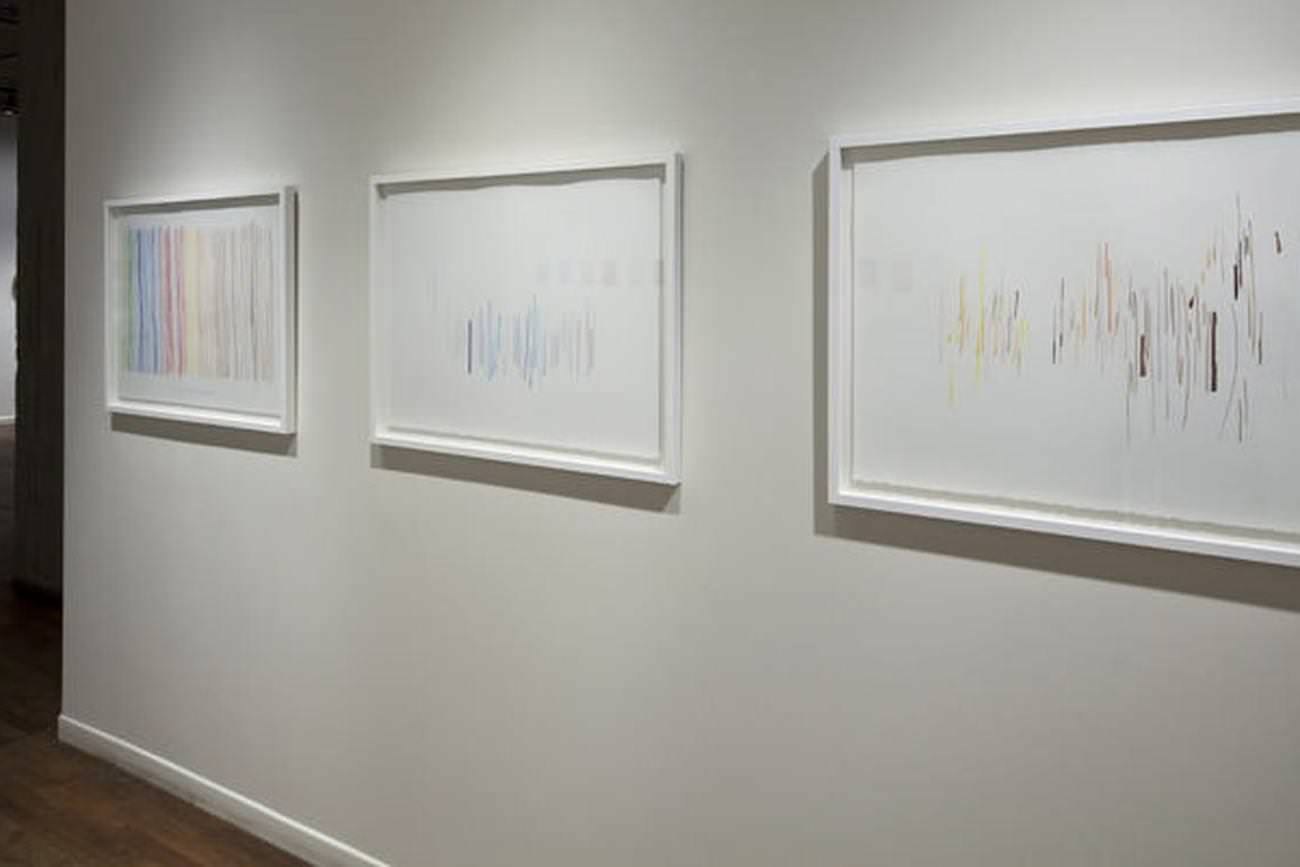 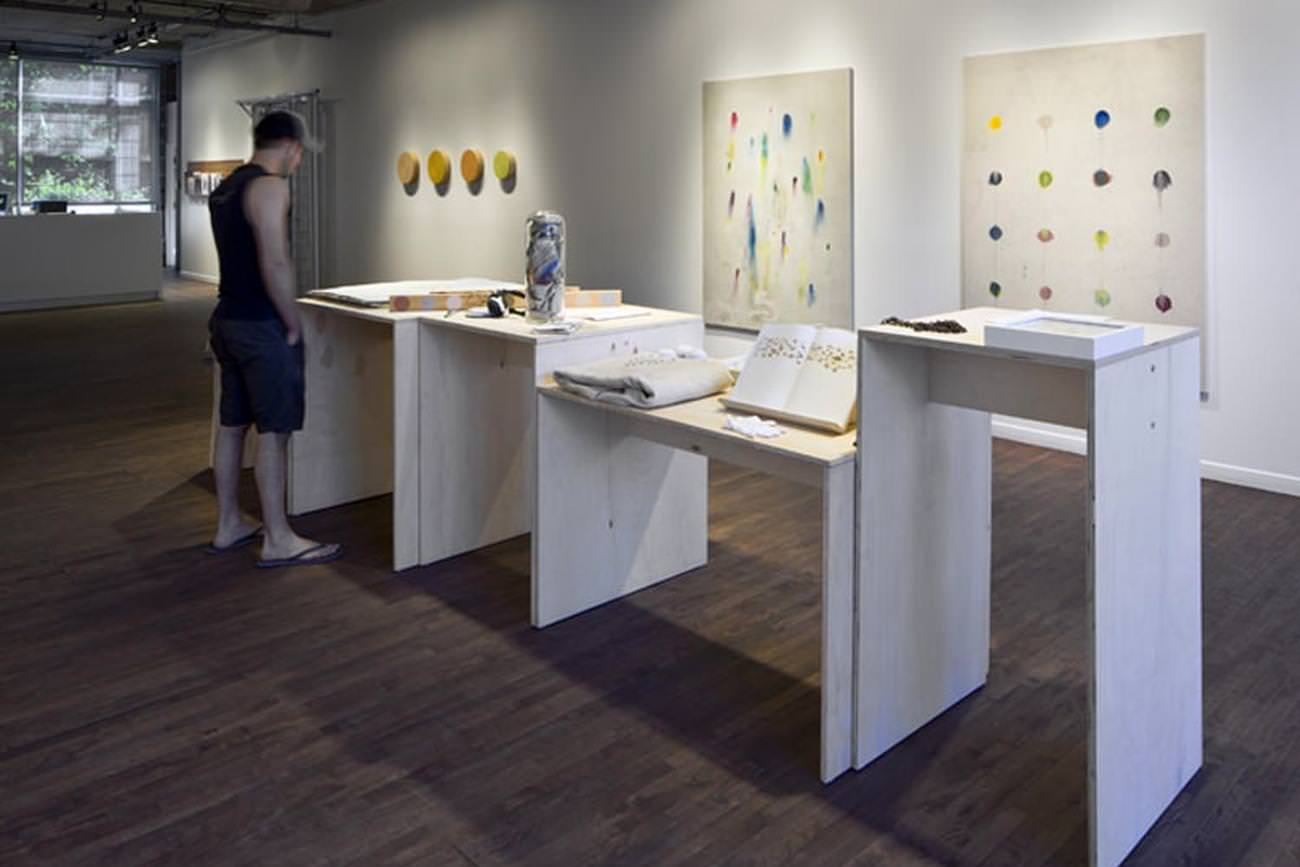 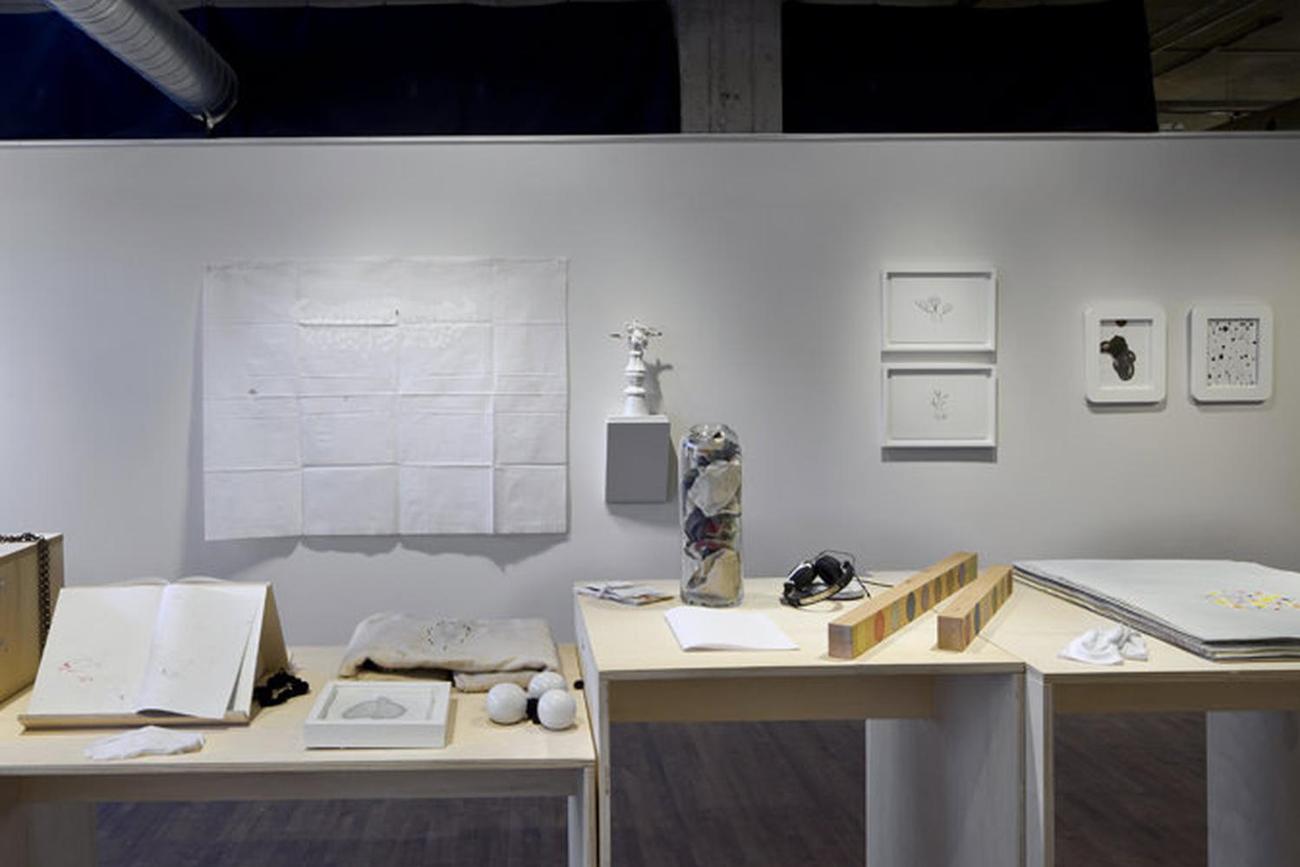 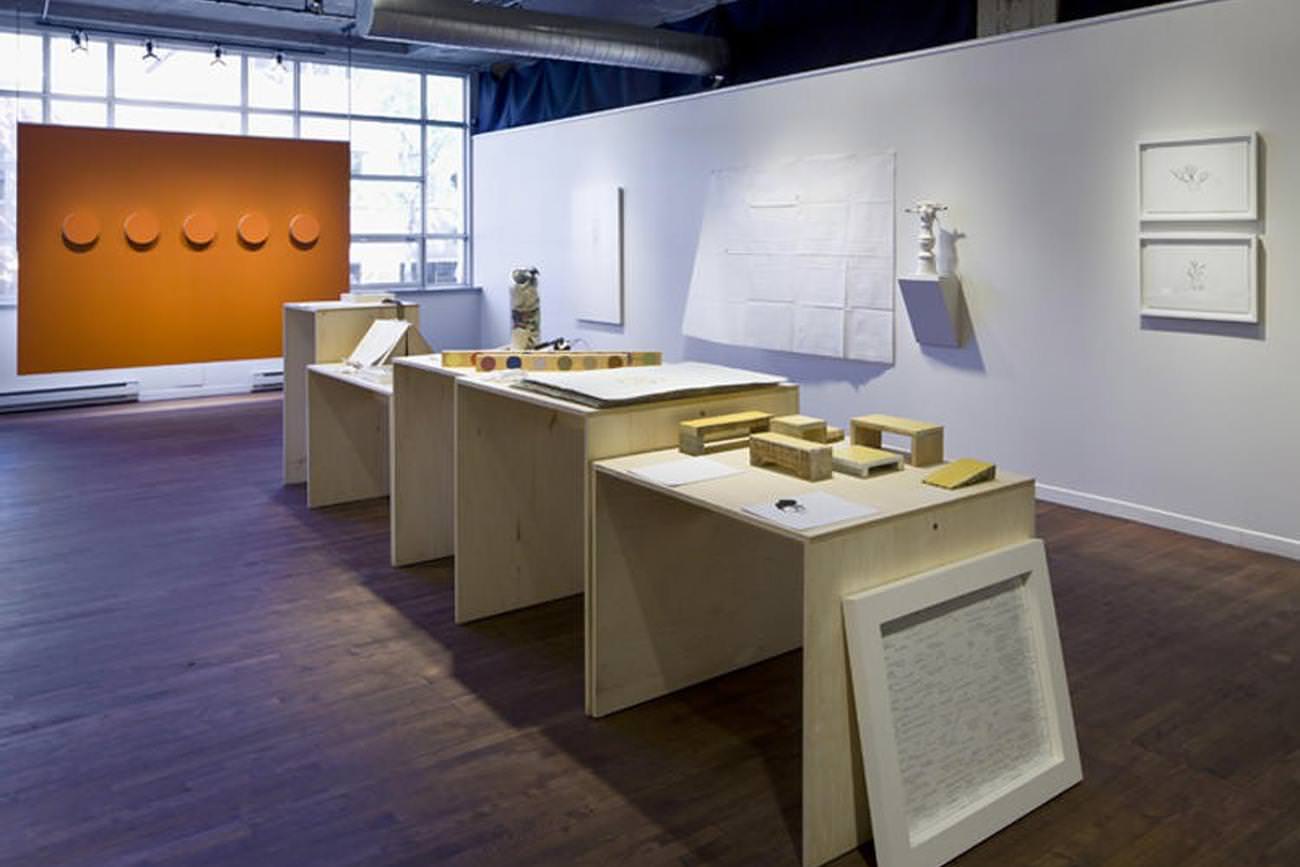 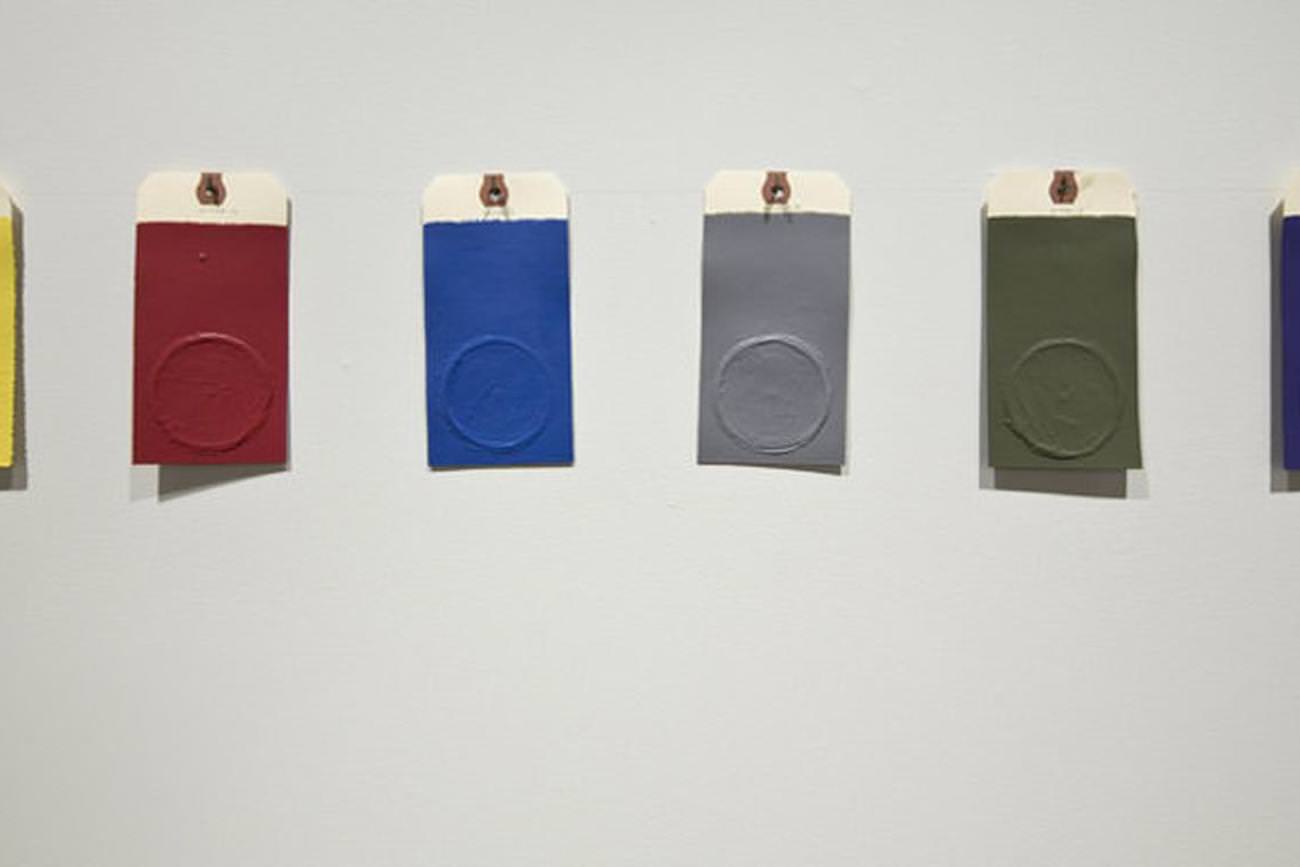 Tourner autour is… Opting for a procedure of instinctive investigation Taking stock of one’s plastic resources Drawing up a list of the chromatic possibilities Developing and establishing a vocabulary of forms Exploring the circle and the line, beyond the idea of form and the form of the idea Building on the internal ecology underlying one’s artistic approach as well as… Choosing the angle of one’s approach before the work itself Adopting the position of a curator taking as his or her centre of gravity that which is irreducible in the works in relation to any encompassing theme Creating an exhibition based as much upon correlations and differences as upon the individual and the collective Developing a presentation strategy that builds on an intuitive, organic structure Being amazed by the extratheoretical consistency of the three artistic practices … Tourner autour by Sylvie Cotton, Guy Pellerin and Jean-Benoit Pouliot Sylvie Cotton is an interdisciplinary artist. Since 1997, her practice has mainly consisted of projects that create situations involving exchanges with others or encounters with phenomena and the greatest possible direct perception of them. Her works are grounded in situ and in spiritu in private or public spaces, with the results shown in galleries or festivals. She also employs artist residency as a medium of creative performance. Conveyed through the themes of collection, identity and the ephemeral, her primary materials remain the encounter, the abandonment of self, and the relationship of the self with the other. Since 2001, in addition to creating performance works, carrying out action art projects and lecturing in Québec and Canada, as well as in many other countries (Serbia, Italy, Poland, Germany, Spain, Estonia, the United States, Finland and Japan), Sylvie Cotton has produced two artist’s books: Je préfère tout and On est tous la même personne.  Born in 1954 in Sainte-Agathe-des-Monts, Guy Pellerin has a bachelor’s degree in visual arts from Université Laval in Québec City, as well as a master’s from the Massachusetts College of Art and Design in Boston. He lives and works in Montréal. His work is regularly exhibited throughout Canada, and on occasion in Europe and the United States. The National Gallery of Canada, Musée national des beaux-arts du Québec, Musée d’art contemporain de Montréal, Musée d’art de Joliette, Musée régional de Rimouski, Canadian Cultural Centre in Paris, Southern Alberta Art Gallery and Saidye Bronfman Centre have all held major solo exhibitions of his work. He received the Canada Council for the Arts’ Joseph S. Stauffer Prize in 1993, the Ville de Montréal’s Prix Louis-Comtois in 2000 and the Prix Ozias-Leduc in 2004. Jean-Benoit Pouliothas been a painter and printmaker for over 15 years. His work has been the subject of countless solo exhibitions, among others at the Galerie d’art d’Outremont, the Société des arts sur papier and the headquarters of Cirque du Soleil, and has also been featured in many group exhibitions at Galerie Orange, Maison de la culture Frontenac, Atelier Circulaire and Galerie B-312. Works by Jean-Benoit Pouliot are included in a number of private collections in North America and Europe, as well as in many corporate and institutional collections, among them those of Alcan, the Bibliothèque et Archives nationales du Québec, Loto-Québec, and Cirque du Soleil. A member of the duo L’œil de verre, Jean-Benoit Pouliot is also a practising performance artist.