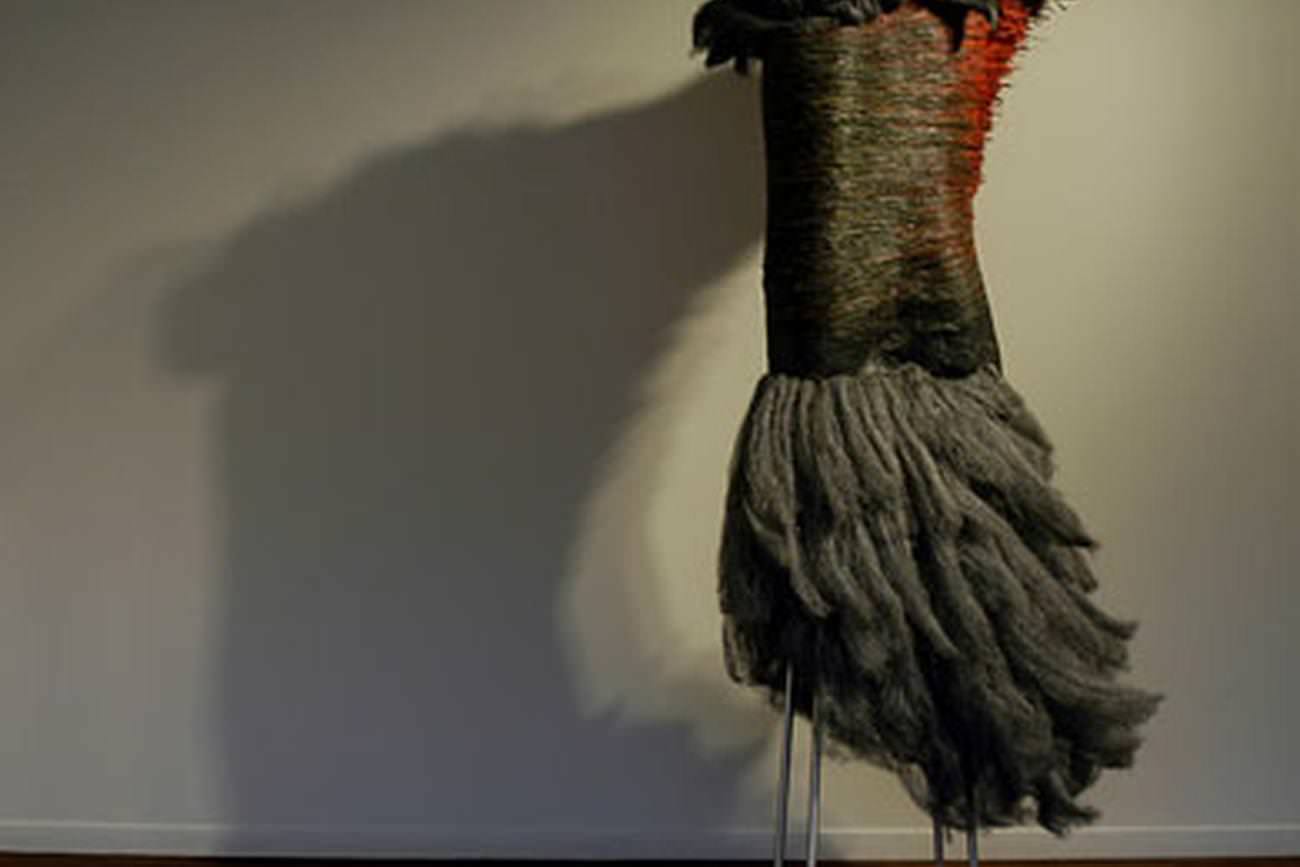 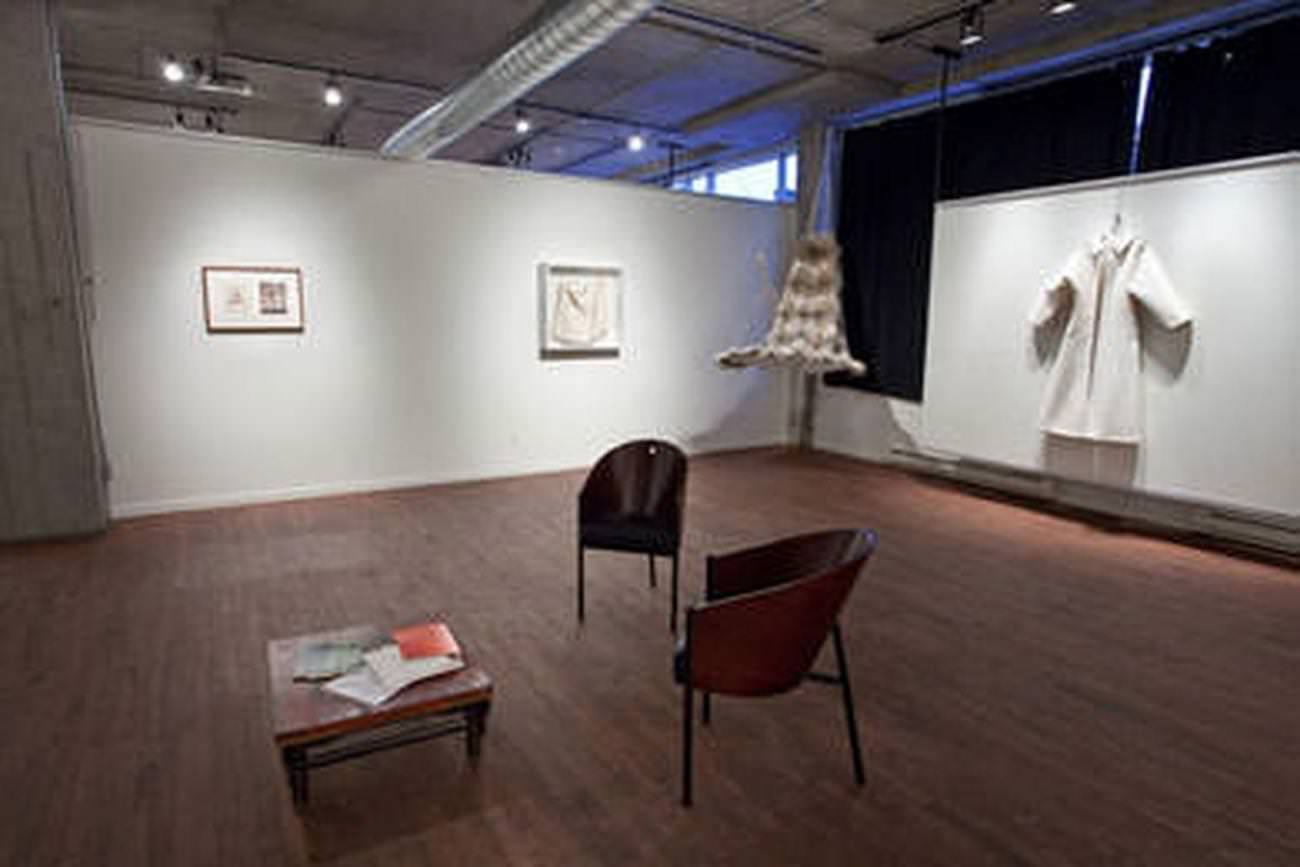 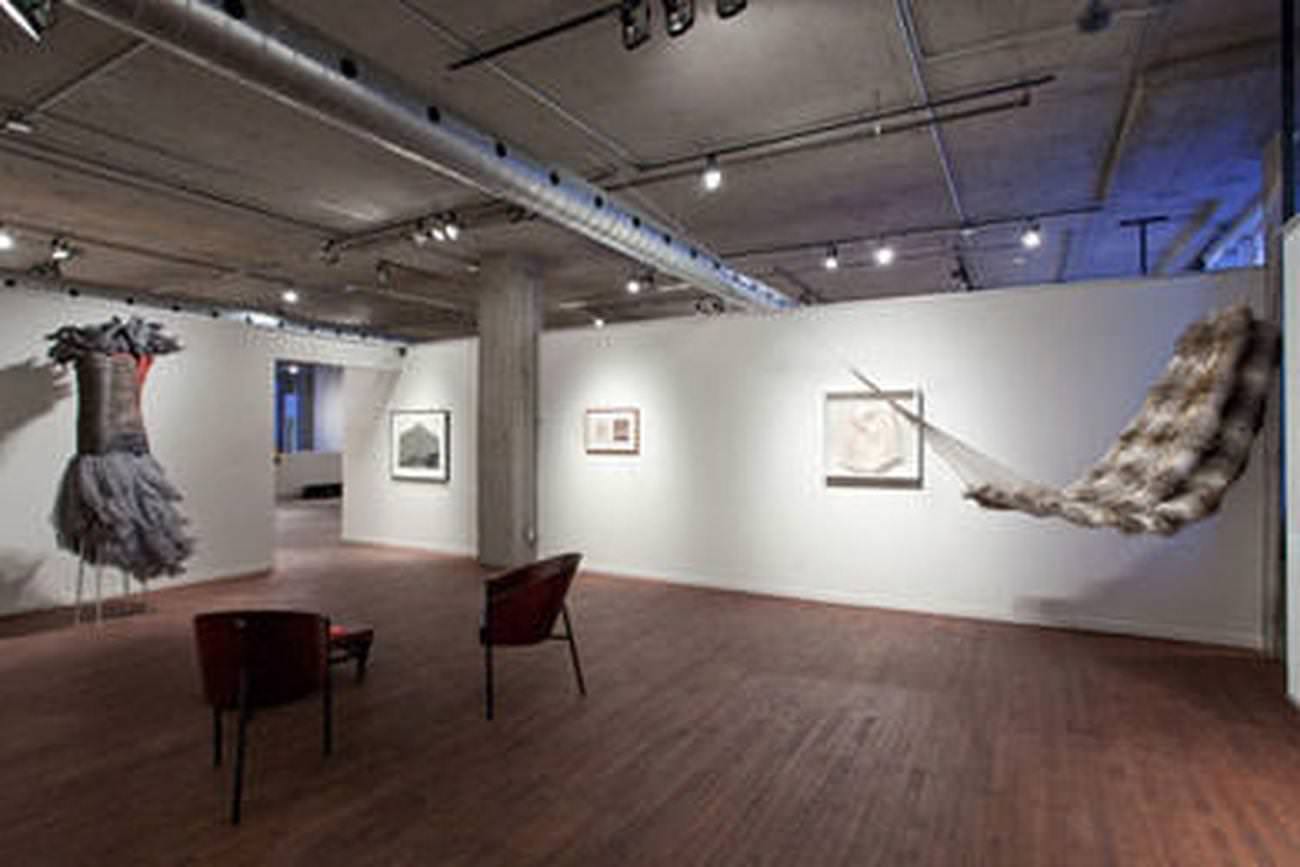 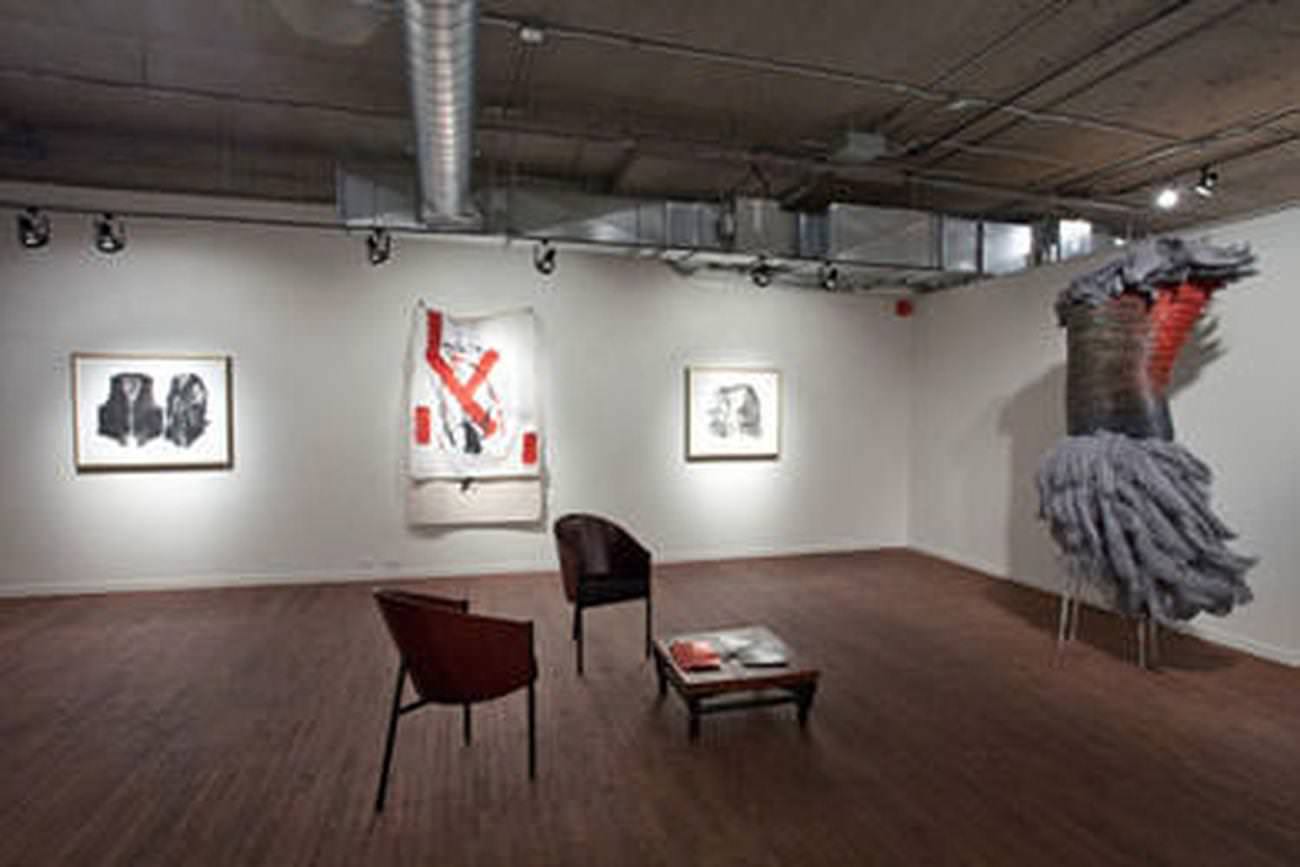 Clothing in Art is the product of recent and less recent contemporary works in the gallery’s collection. After having realized that Antoni Tàpies and Betty Goodwin had both dealt with the same subject at the same time, that is, in the early 1970s, and having discovered that shirt and jacket motifs have been used by a number of artists who are currently very much in the public eye, such an exhibition seemed requisite. Whether it is Louise Viger and her mixed-media installation, John Heward and his painted tarps, or the great American artist Ann Hamilton and her tribute to Joseph Beuys, all the artists featured approach the concept of clothing as an exterior skin that may become armour or, in Geneviève Cadieux’ take, simply a ceremonial garment. However it is treated, it is a theme that continues to be current.