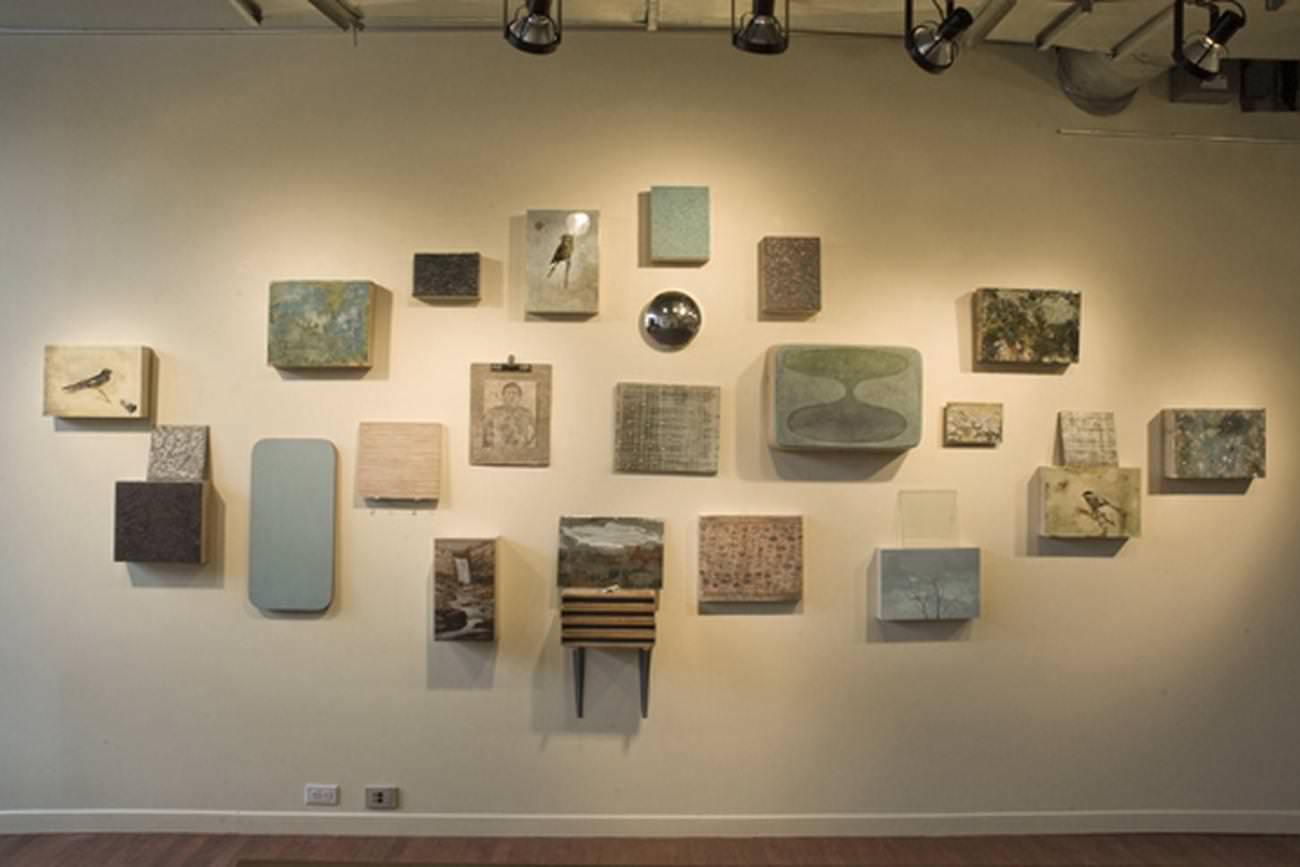 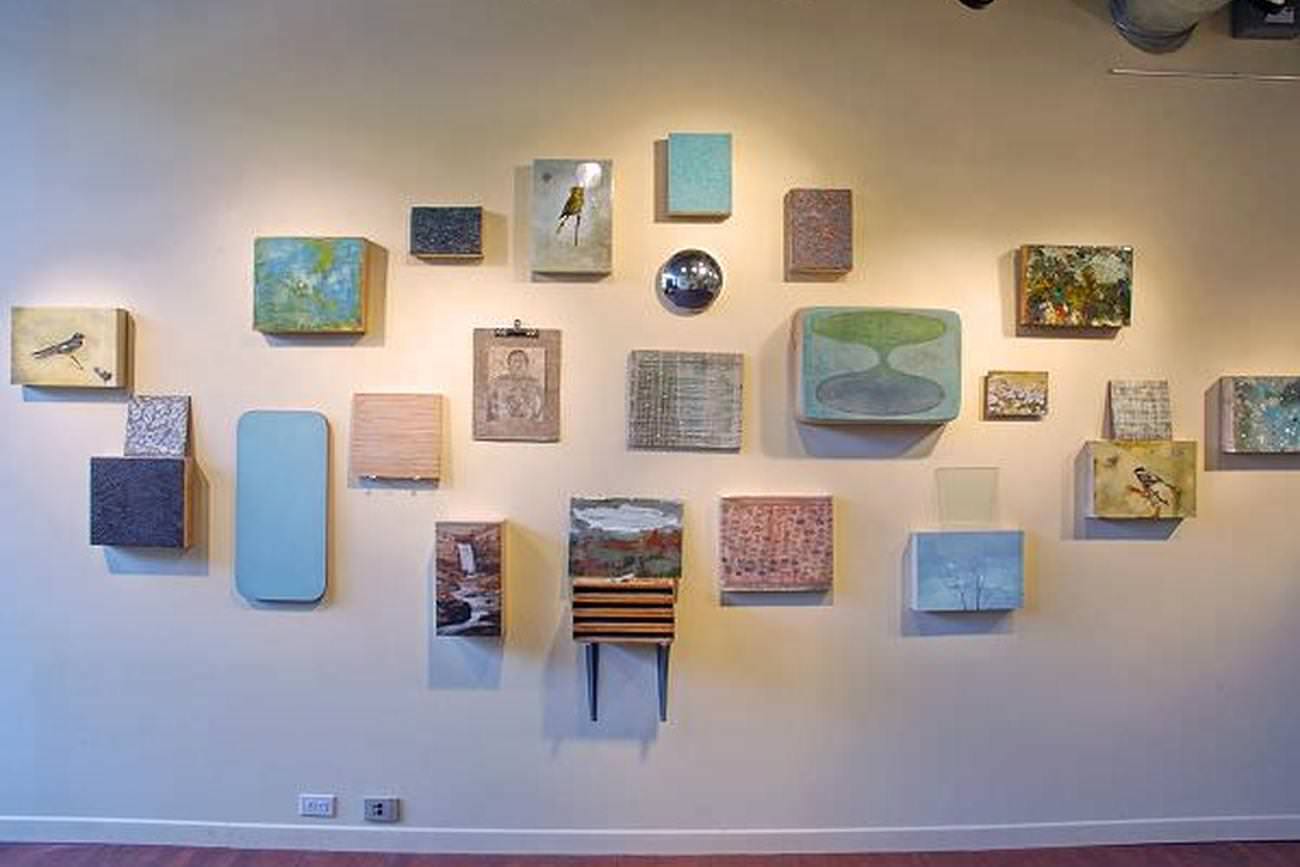 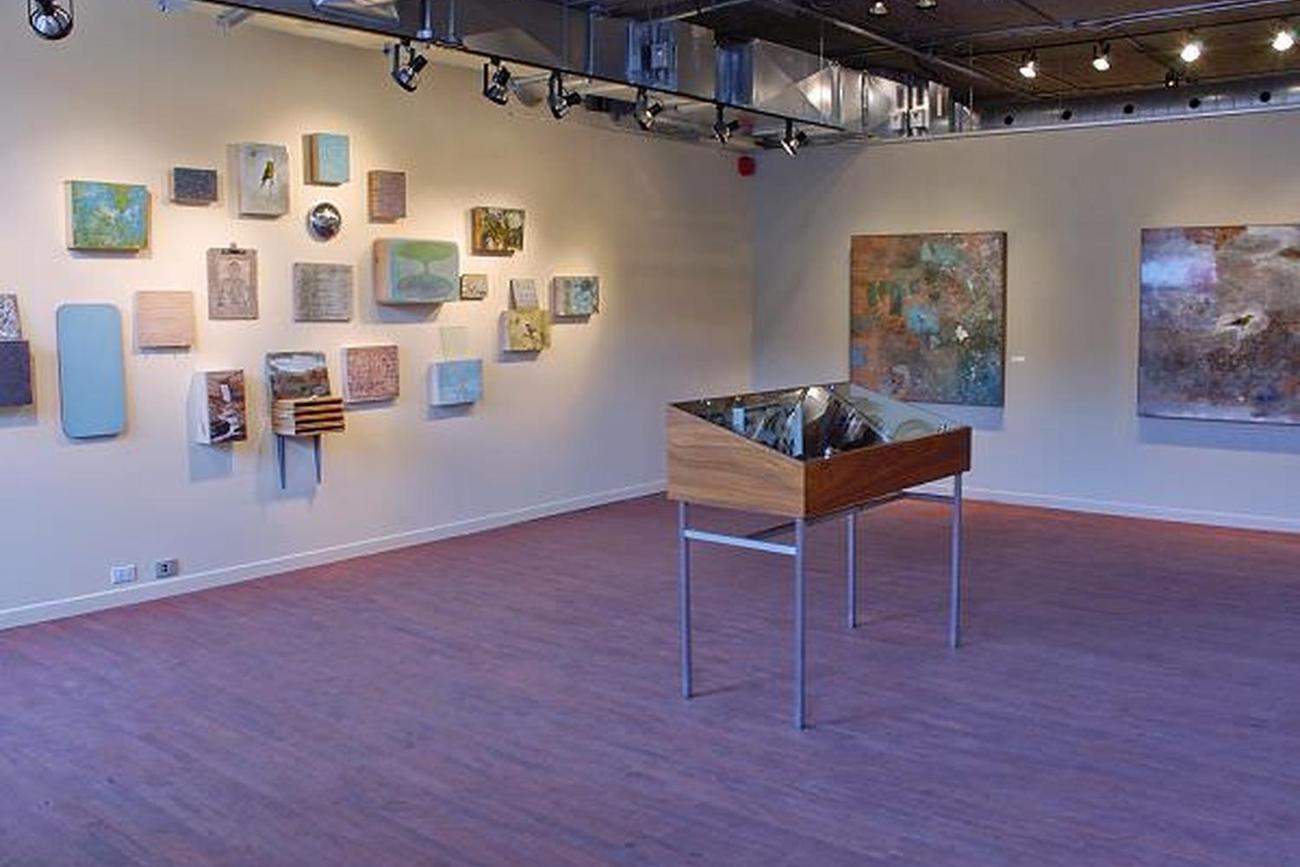 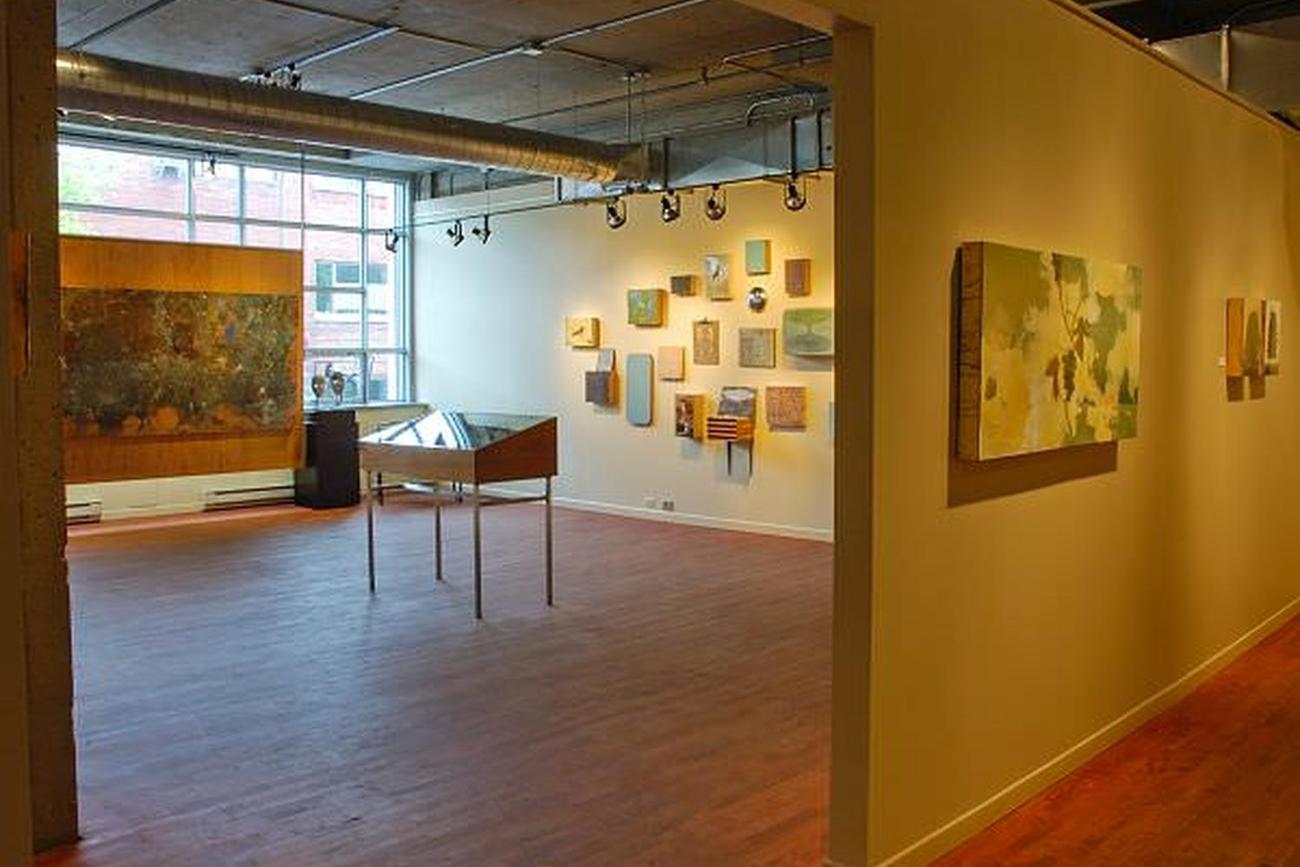 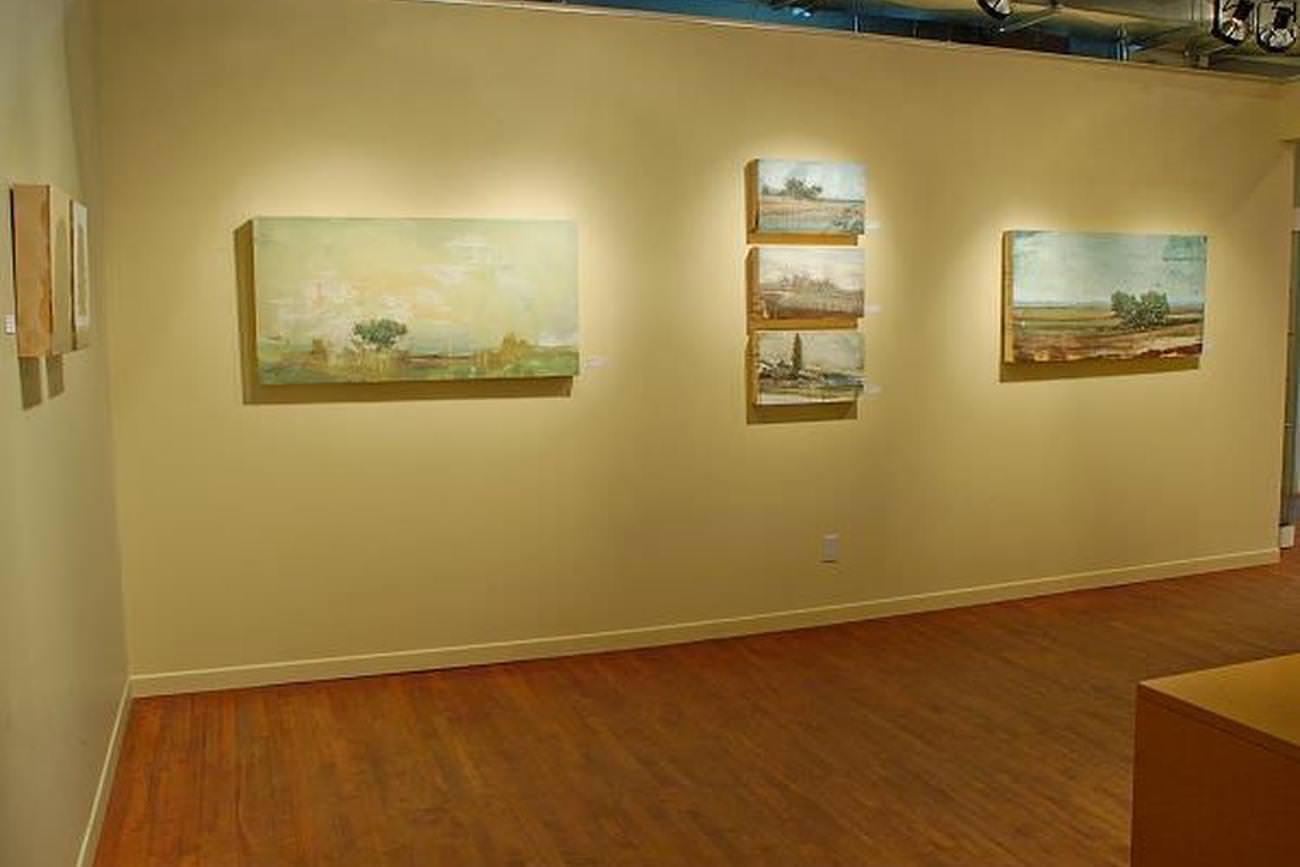 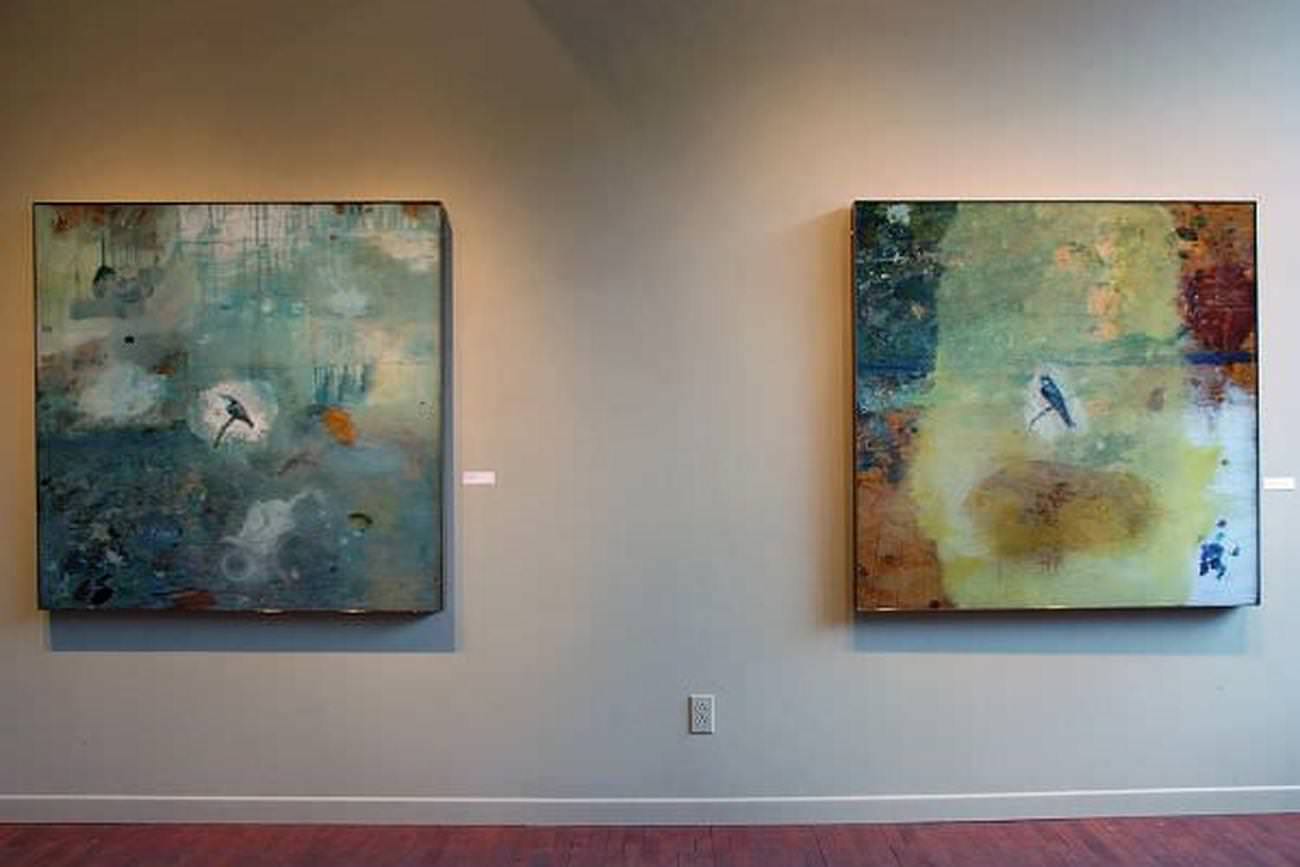 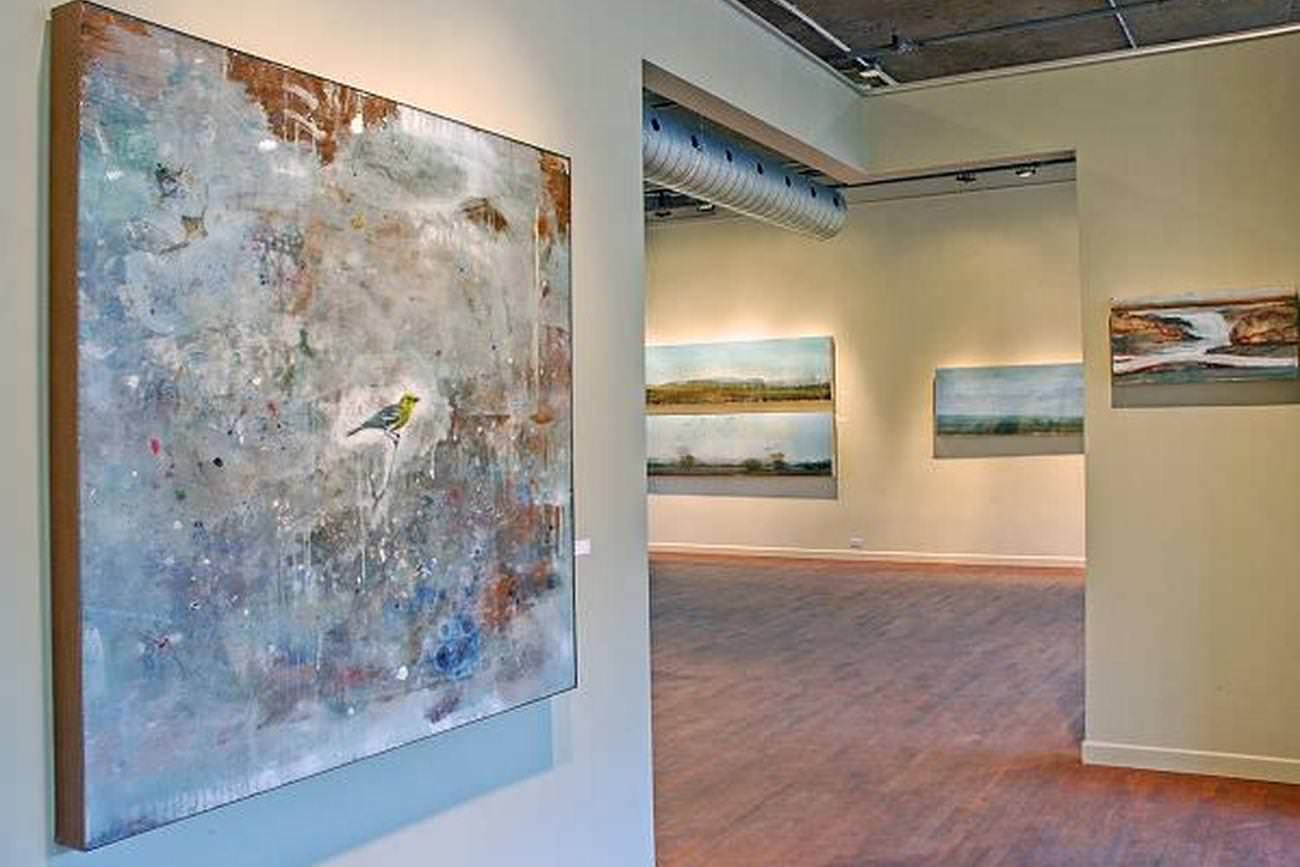 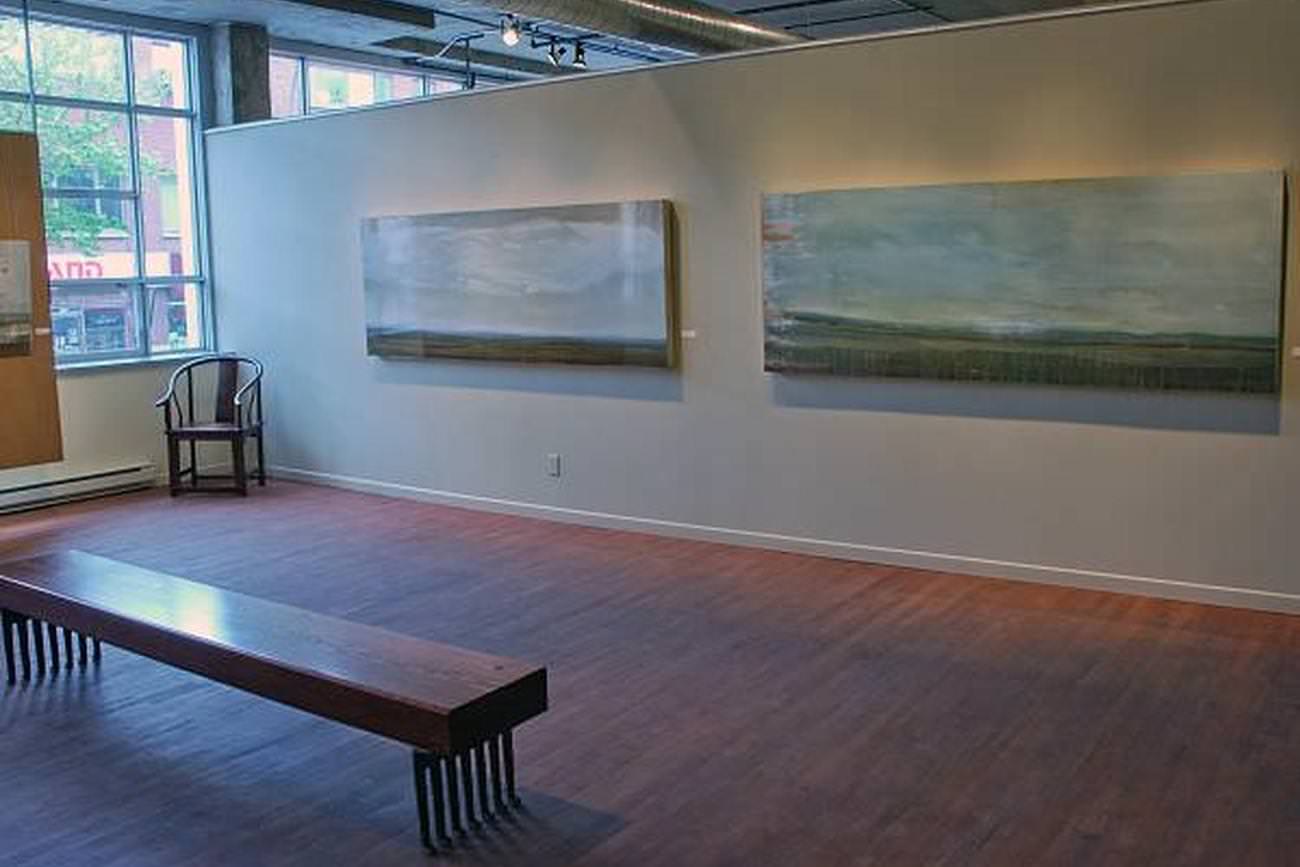 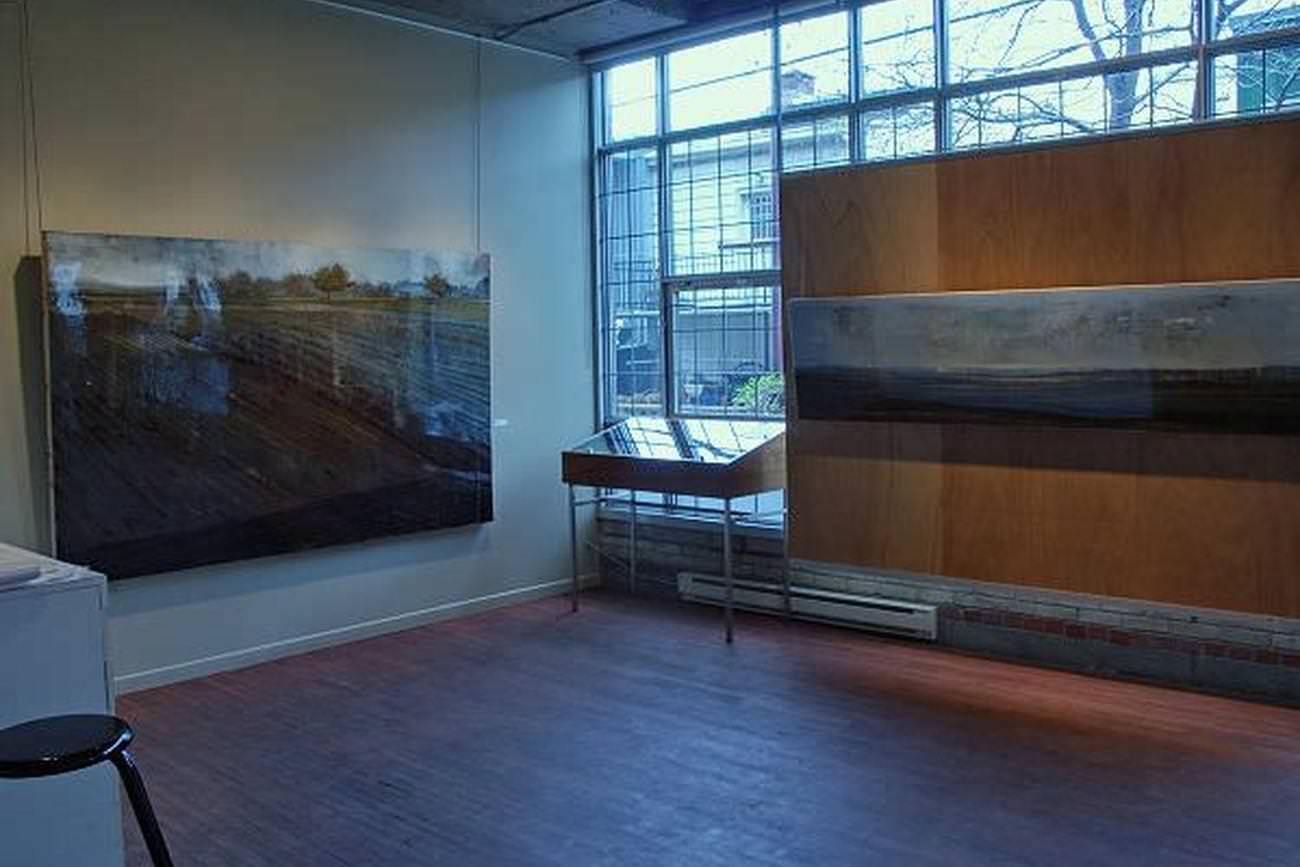 There is a beautiful calm about Peter Hoffer’s landscapes. His paintings somehow tweak the memory, recalling other settings we have seen, from Turner’s misty visions to Constable’s English countrysides. And yet Hoffer’s scenes are utterly contemporary. While using the landscape as a vehicle, Hoffer explores disciplines rooted in state-of-the-art technology. His particular use of special resins, giving a surface shine to his work, has prompted calls from scientists. And his subject matter, often a lone tree and a wide, wide sense of space, could be interpreted as modern: possibly a soul from a T.S. Elliott poem—a 21st-century persona, more connected than ever, yet alone. The painterly approach with which the tree is articulated contrasts with the blurry, suggested background. The tree stands straight and strong.

Hoffer’s vision has an element of chance. It is intriguing to note his use of “battered” boards as the canvas for his paint, which he uses to build his landscape. He then applies underpainting and finally adds barely there smudges, which could be mist—or not. Often, chance again appears with the introduction of a faint veil of drips.

Not only trees, but vines fascinate the artist. Their chance-like approach to climbing is intuitive, and yet one could argue totally rational—driven by genetics. But somehow, their winding patterns seem random. Hoffer introduces this randomness of chance into his work, yet often in a systematic way. For example, he purposefully puts his resin-covered paintings outside in the cold of a Montréal winter. Although the cracking of the resin due to the bitter cold is calculated—it is, after all, why he put his paintings outside—the cracks are also totally fortuitous.

Whether one admires a small tree filling the canvas with its presence, or a wider landscape, one thing is certain. Peter Hoffer’s works present an intrinsic tranquility to the viewer, even in the depiction of a group of bushes behind which danger could conceivably lurk. Overall, the mood is one to balance days spent on concrete pavements, rushing around in traffic. Above all, conveying quiet in an unexpected manner, his art is civil. It brings quiet in an unexpected manner. 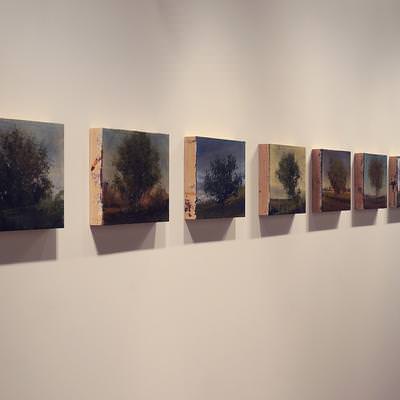 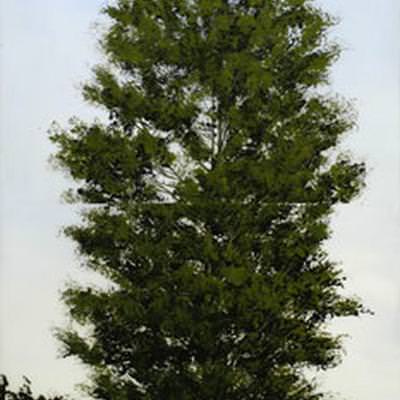 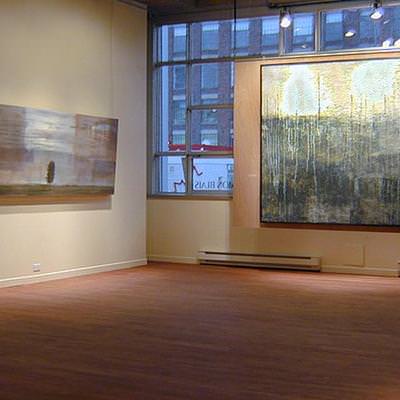