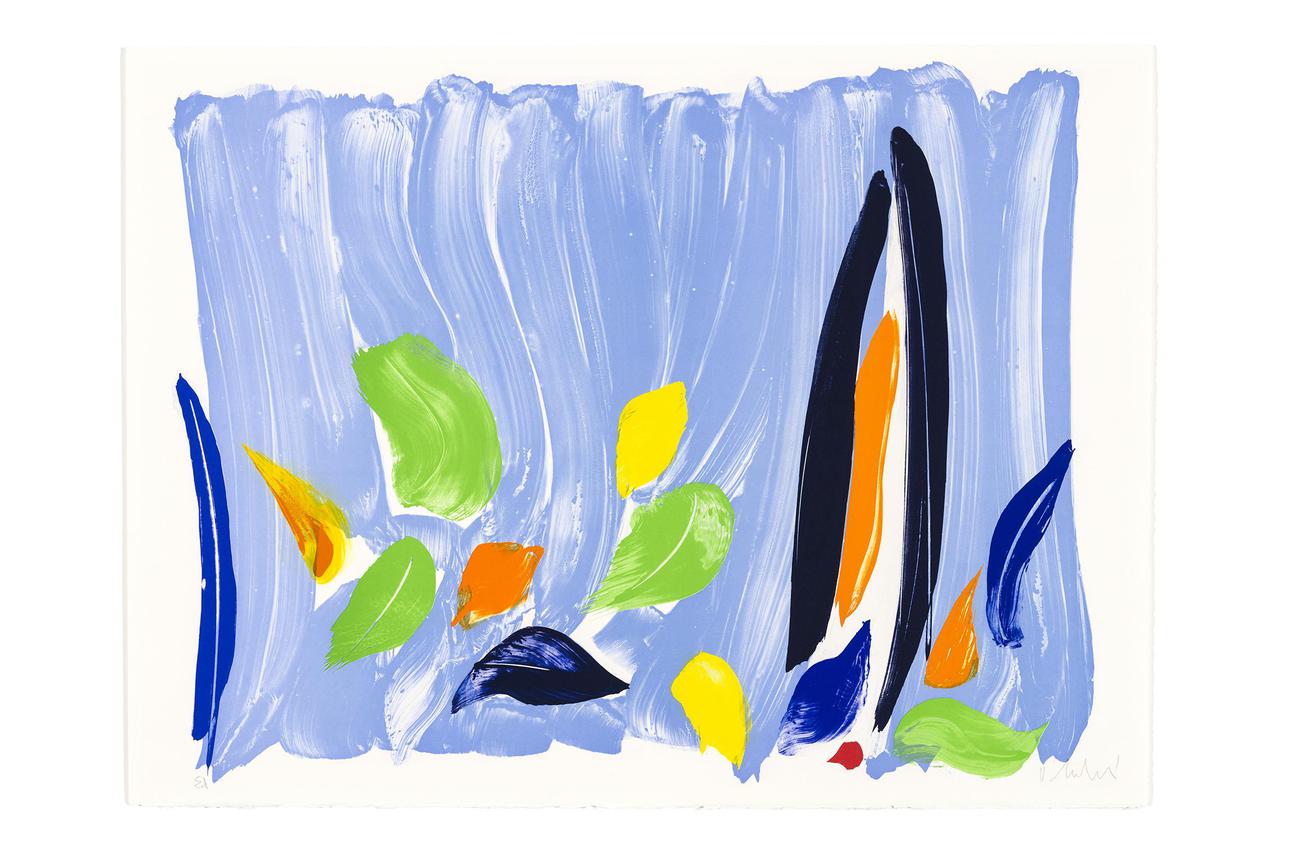 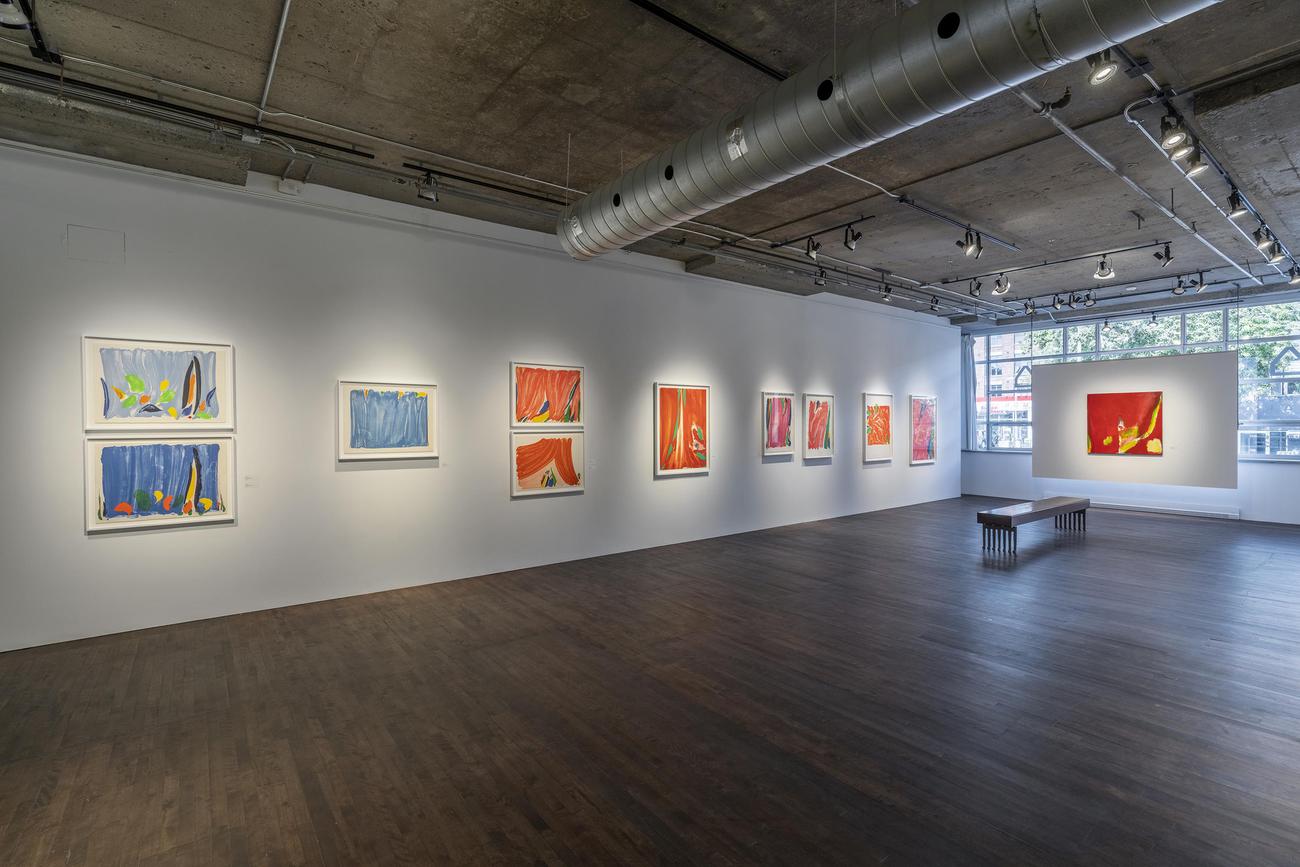 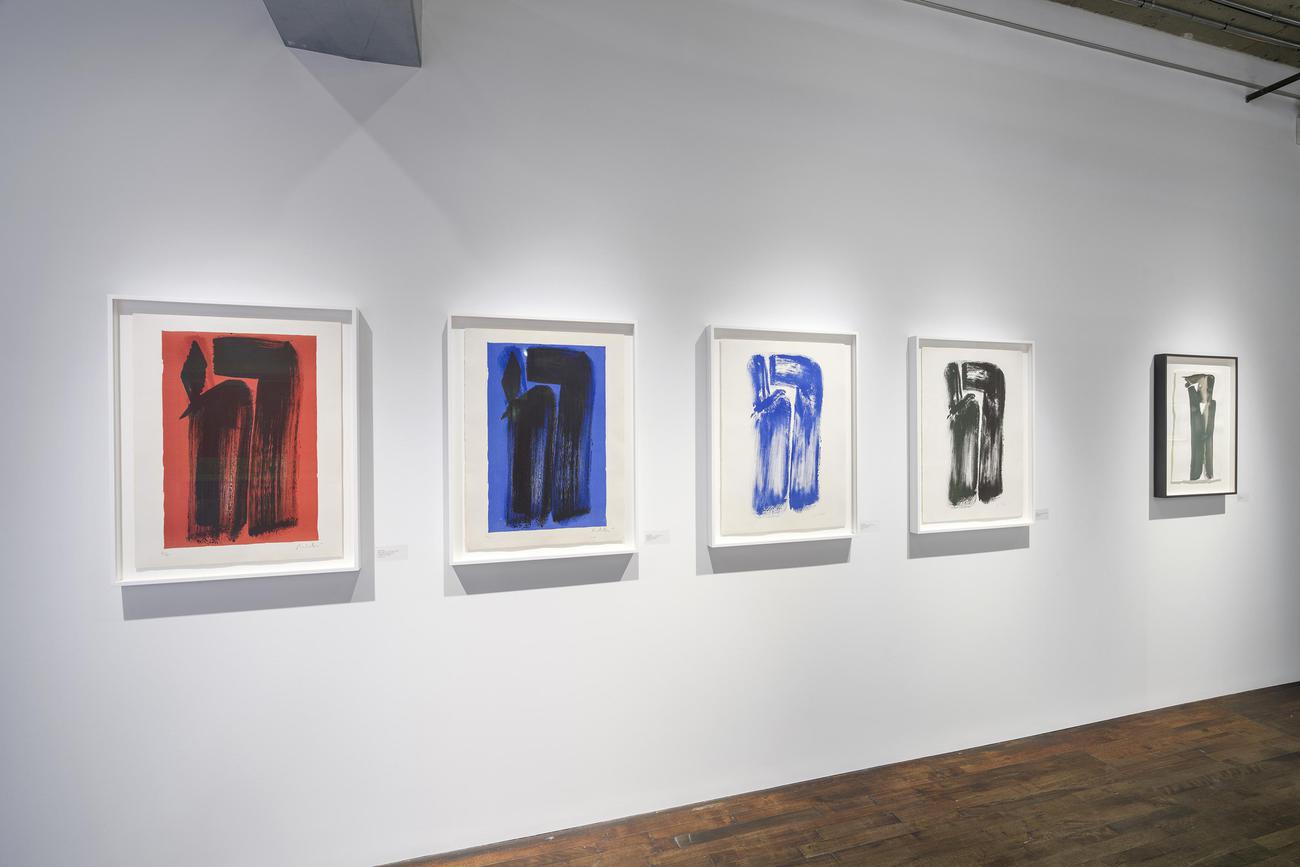 The exhibition Olivier Debré — From the Paintings of Touraine to the Landscapes of Québec brings together some thirty canvases and works on paper. It is the largest solo exhibition devoted to the late artist’s work held in Canada to date.

The painter Olivier Debré (Paris, 1920–1999) was one of the leaders of the Lyrical Abstraction movement in France in the second half of the twentieth century. “The absolute master of the colour field east of the Atlantic, in my opinion he was the most American of French painters!” declares Simon Blais.

(Photo: Olivier Debré painting on the ground on the banks of the Loire, circa 1995. In the background, one can see the city of Amboise. R. Gaillarde/GAMMA RAPHO) 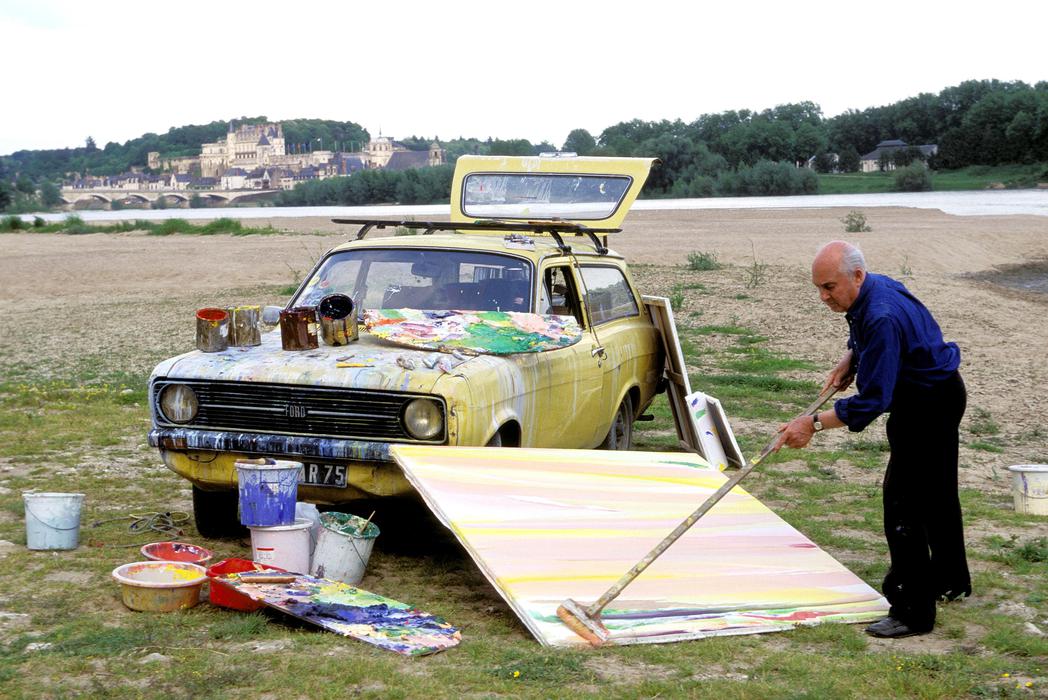 A painter with an international reputation and a star of the French art scene, Debré was also known on our side of the Atlantic. Early in his career, in the 1950s and 1960s, his work was often exhibited in the United States. In 1992, the City of Paris gifted Montreal with his Obélisque en hommage à Charles de Gaulle in honour of the 350th anniversary of its founding; comprising seven blocks of “Vire bleu” granite, it still sits imposingly on Sherbrooke Street, in front of Parc La Fontaine.

The idea for this exhibition originated with Simon Blais’ personal connection to the artist. “I had the opportunity of meeting him on two occasions. The kindness and generosity of that exceptional painter completely charmed me from the first minutes I spent in his company.” The title of the exhibition reprises a dedication that the painter left at the time for the gallerist in a catalogue. Living in Tours, Debré greatly admired the way the French fact was upheld in Québec; he knew the literary classics as well as the history  of the Belle Province inside out!

“I paid him a visit in Paris in 1998, in anticipation of presenting a group exhibition featuring the work of the major figures of post-war French painting, an exhibition organized with the help of painter Julius Baltazar,” relates Simon Blais. “Then, in 1999, following the holding of the Montreal exhibition, I saw him once again, as part of preparing the publication by Éditions Simon Blais of an artist’s book, entitledBattements de terre,   in which poems by Hélène Dorion were illustrated with original prints by Debré and Baltazar. That second visit was equally memorable. We had discussed at that time plans for a solo exhibition in Montréal but, unfortunately, the artist fell ill and he passed away before another meeting—and the exhibition I had been dreaming of—could take place.”

Now, taking up the initial project where it was left off twenty-two years ago, this exhibition of thirty prints, paintings and original drawings pays tribute to the great painter Simon Blais has so esteemed.