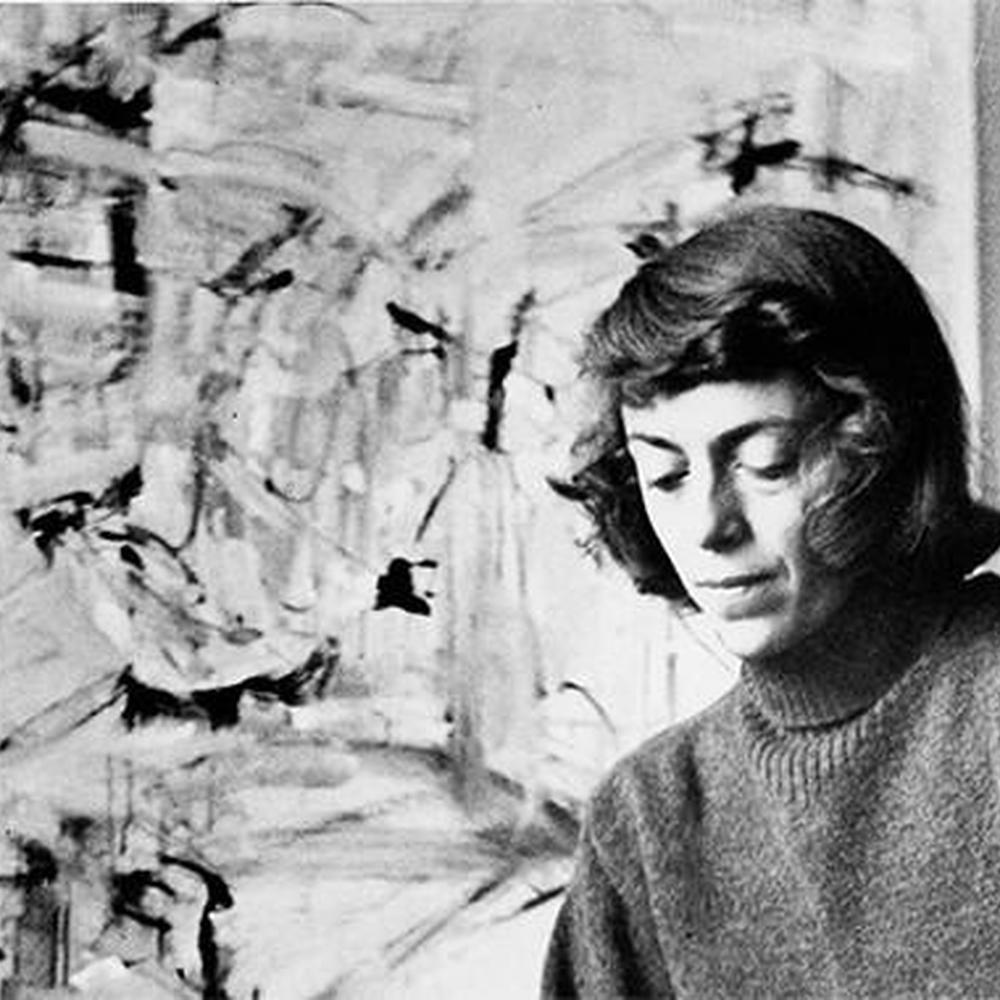 Joan Mitchell (1925-1992) was an abstract artist whose prolific career spanned more than four decades. She worked in a variety of mediums—including oil on canvas, pastel on paper, and lithographic printing—and is widely recognized as one of the most significant artists of the post-war era.

Born in Chicago on February 12, 1925, Mitchell attended the School of the Art Institute of Chicago. Upon graduating in 1947, she was awarded a travel fellowship that took her to France for a year, where her paintings became increasingly abstract. Returning to the United States in 1949, Mitchell settled in New York and became an active participant in the “New York School” of painters and poets. She exhibited in the famous “9th Street Show” in 1951, and soon established a reputation as one of the leading young Abstract Expressionist painters. In 1955, Mitchell began dividing her time between New York and France, and in 1959 she settled permanently in France, living and working in Paris. In 1968, she moved to Vétheuil, a small town northwest of Paris, where she worked continuously until her death in 1992.

Over her long and prolific career, the defining elements of Mitchell’s world—water, trees, dogs, poetry, music—created images and memories from which she worked. She once said, "I paint from remembered landscapes that I carry with me—and remembered feelings of them, which of course become transformed. I could certainly never mirror nature. I would like more to paint what it leaves me with." She observed her landscape intensely, and her acute visual observations of form, space, and color in life were part of the visual memories she drew upon while painting.