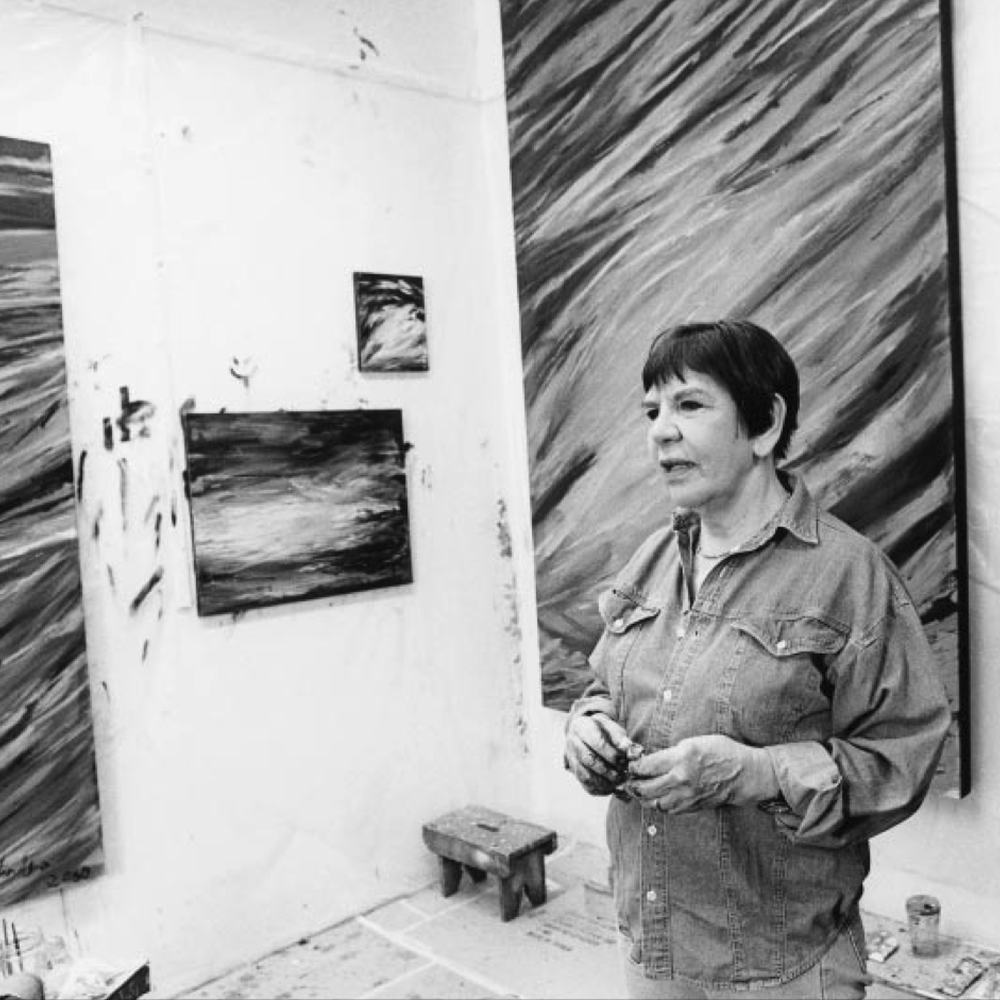 Rita Letendre was born in Drummondville, Québec in 1928 to a Québécois father and Abenaki mother. Her work evolved along with her studies in art and association with various artistic movements, including that of Paul-Émile Borduas’ automatistes. Her many exhibitions in Canada and abroad—she spent time in France, Italy, Israel and the United States before finally settling in Toronto in 1970—have made her a key artist of the country’s postwar period. She is the recipient of a 2010 Governor General’s Award, the highest honour granted to Canadian visual artists.

In 1954, her work was included in the major automatiste exhibition La matière chante, where it attracted the attention of the critic Rodolphe de Repentigny. Her first solo show took place at the Montreal gallery L’Échourie in 1955; later, in 1961, the Montreal Museum of Fine Arts presented a selection of her large-sized works. Since then, numerous solo exhibitions of her work have been held in Montréal, Toronto, Ottawa, Hamilton, Vancouver and Edmonton, as well as in Israel, the United States (New York, San Francisco, Los Angeles, Palm Springs, Detroit and Chicago), France, Italy, and other countries.

Her artistic career has been characterized by a consistency of approach that has taken her from the structured, gestural abstraction of the 1950s and early 1960s to the hard-edge and geometric abstraction of the late 1960s and the 1970s, when she developed her preferred motif—the arrow. Since that time, her work has moved toward a new form of gesture through the oblique, in which the electrifying power of colour and dynamic composition are constants. An artist of exemplary energy, she has worked with a wide variety of media and techniques, including oil, acrylic, casein, pastel, airbrushing and screen-printing. A number of large-scale outdoor murals that she executed in various locations in Canada and the United States between 1965 and 1980 further cemented her renown.

Rita Letendre is represented by Montréal’s Galerie Simon Blais. Since 2001, when it presented the exhibition Les éléments, accompanied by a bilingual catalogue, the gallery has held regular solo exhibitions of the artist’s work, which has also been showcased in recent years in a spring 2003 Musée national des beaux-arts du Québec retrospective and the 2009 group show Femmes artistes — La conquête d’un espace, 1900-1965, among others. In addition, Rita Letendre’s work has been featured in the exhibition The Automatiste Revolution: Montreal 1941–1960, organized by Markham, Ontario’s Varley Art Gallery, where it was presented in 2009 before travelling to Buffalo, New York’s Albright-Knox Art Gallery in 2010.